AUD/USD dropped to as low as 0.7490 last week but formed a temporary low there and recovered. The close below 55 day EMA is consistent with our preferred case that whole rise from 0.7150 has completed at 0.7740. While some consolidations could be seen initially this week, deeper decline is expected ahead to target 0.7158 support level. 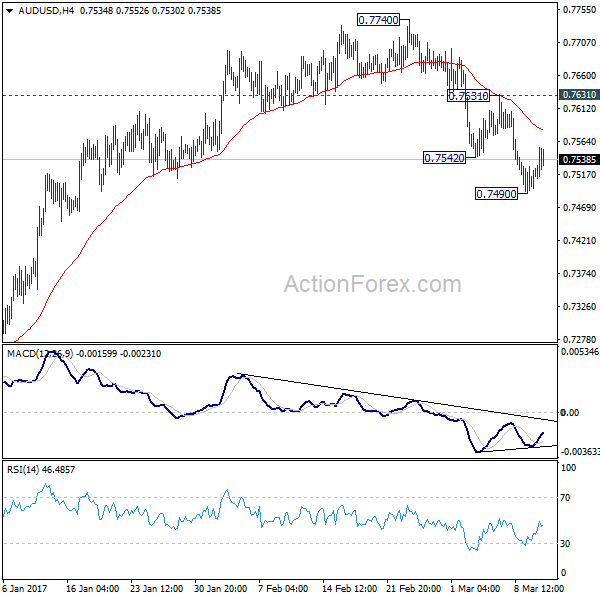 Initial bias is neutral this week for consolidations. Upside of recovery should be limited by 0.7531 resistance and bring another decline. Below 0.7490 will extend the fall from 0.7740 to target 0.7144/7158 support zone. However, break of 0.7631 resistance will dampen our bearish view and turn bias back to the upside for 0.7740 instead. 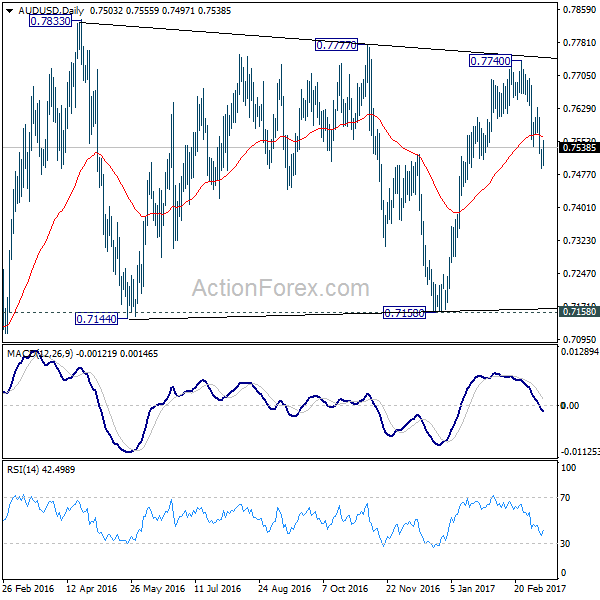 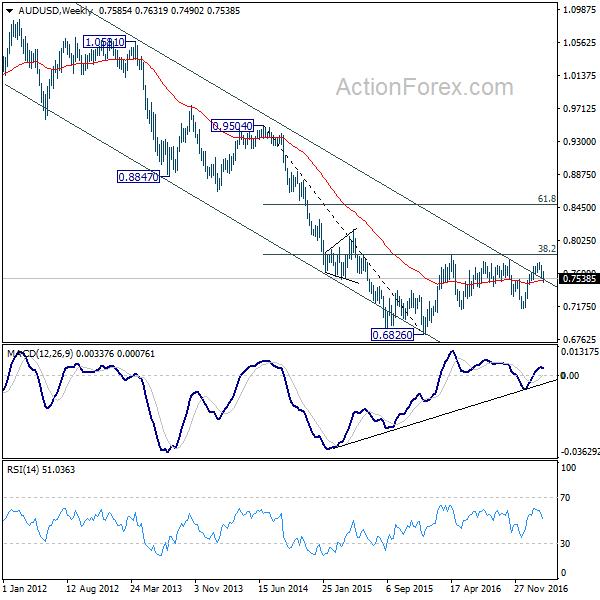 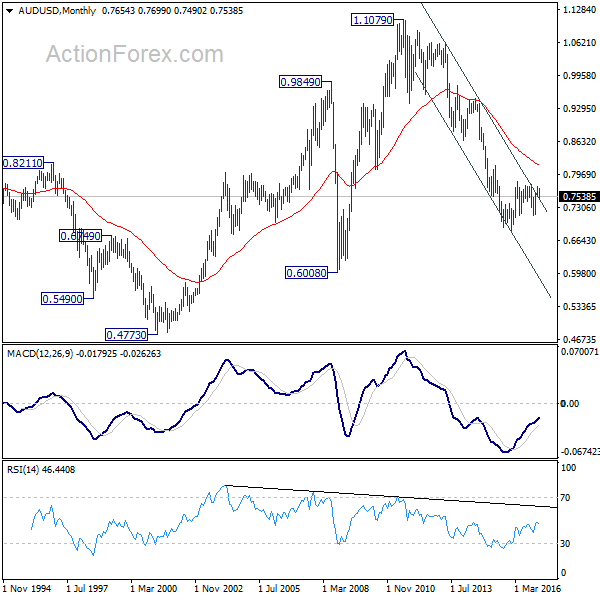