Intraday bias in EUR/JPY is turned neutral as it recovers after hitting 128.58. Some consolidations could be seen first. but further decline is expected as long as 131.07 resistance holds. Break of 128.58 will resume the fall from 134.11. Such decline is seen as correcting whole up trend from 114.42. Deeper fall would be seen to 127.07 resistance turned support next.

In the bigger picture, rise from 114.42 is seen as a medium term rising leg inside a long term sideway pattern. As long as 127.07 resistance turned support holds, further rise is still expected to retest 137.49 (2018 high) However, firm break of 127.07 will argue that the medium term trend has reversed, and open up the case for retesting 114.42. 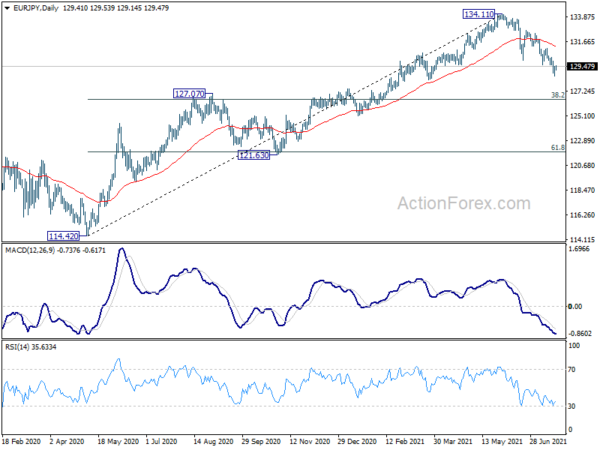