EUR/JPY dropped to as low as 133.38 last week, but recovered strongly after drawing support from 134.11 resistance turned support. Initial bias is now on the upside this week. Sustained trading above 55 day EMA (now at 138.52) will suggest that whole correction from 144.26 has completed. Further rally would then be seen back to retest 144.26 high. However, break of 135.63 will turn bias back to the downside for 133.38 low instead. 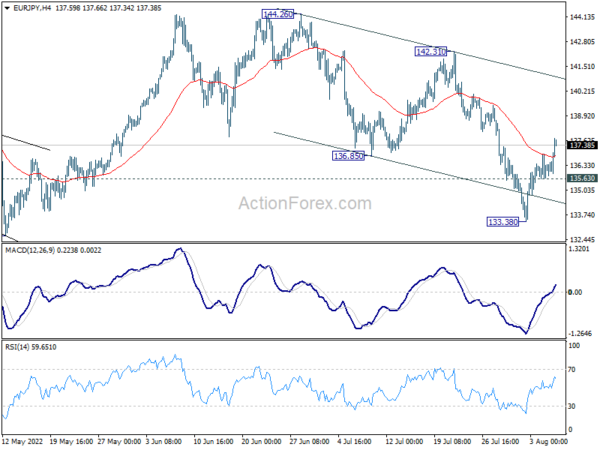 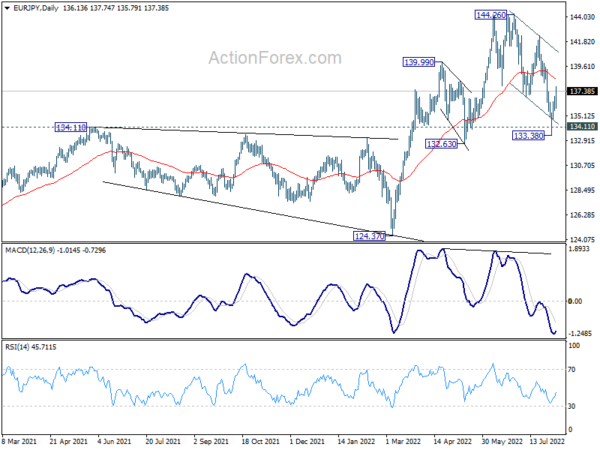 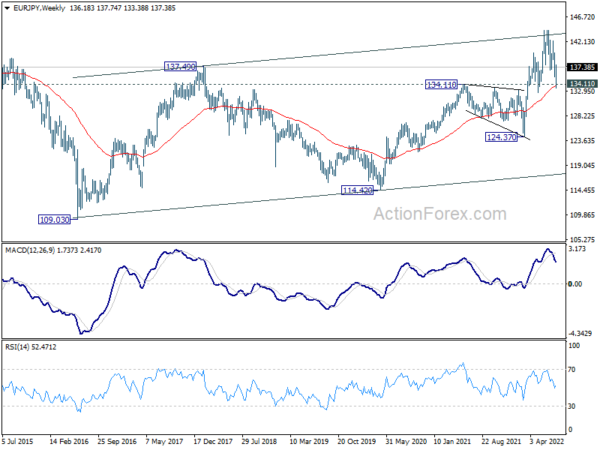 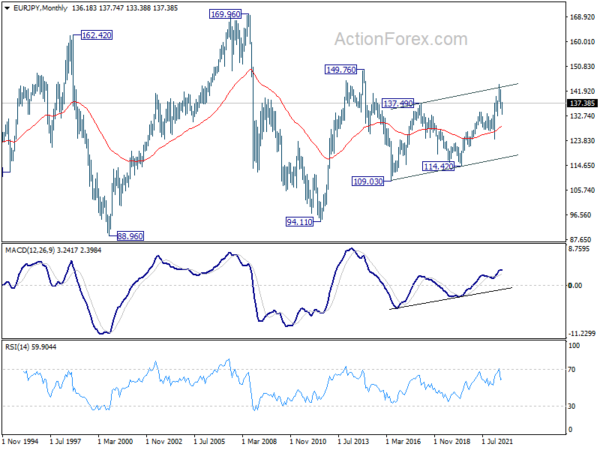