GBP/JPY’s rise continued last week and hit as high as 143.25. As a temporary top was formed, initial bias remains neutral this week for some consolidations first. Downside of retreat should be contained well above 139.31 support to bring rise resumption. On the upside, break of 143.25 will resume the rally from 126.54. Sustained break of trend line resistance (now at 143.51) will pave the way to 148.87 key resistance next. 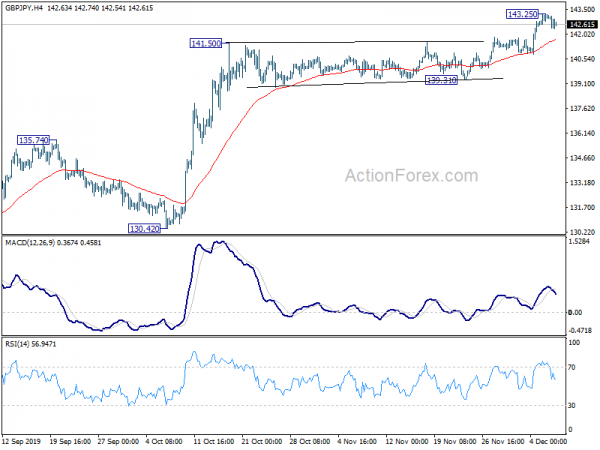 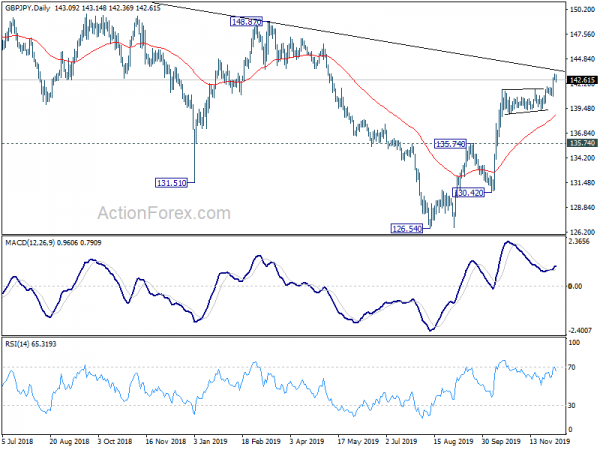 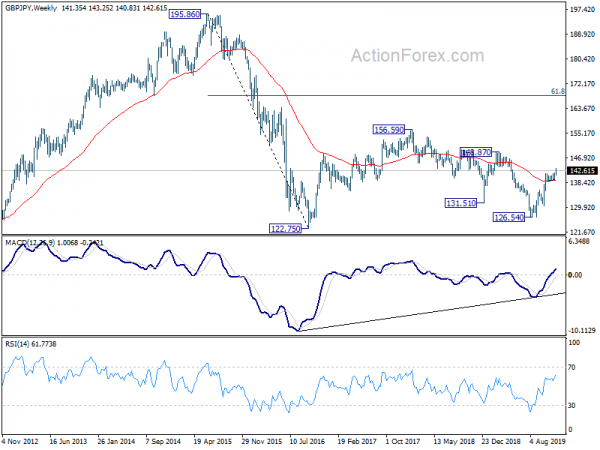 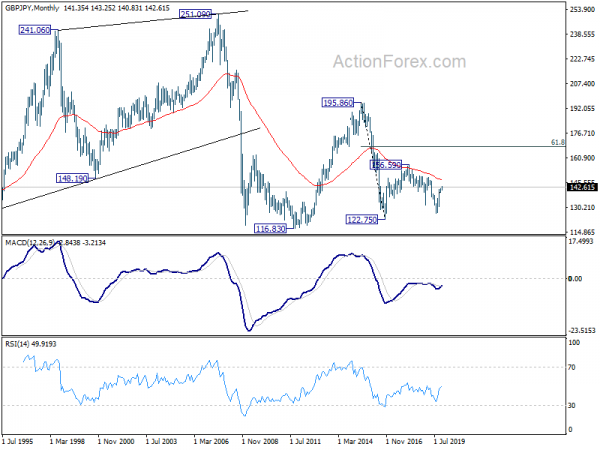