GBP/JPY’s decline from 148.95 accelerated to as low as 131.22 last week. While downside momentum diminished as bit as seen in 4 hour MACD. There is no clear sign of bottoming yet. Further fall is expected this week as long as 137.20 resistance holds, for retesting 126.54 low. On the upside, break of 137.20 resistance, however, will indicate short term bottoming. Stronger rebound could then be seen to 55 day EMA (now at 140.20). 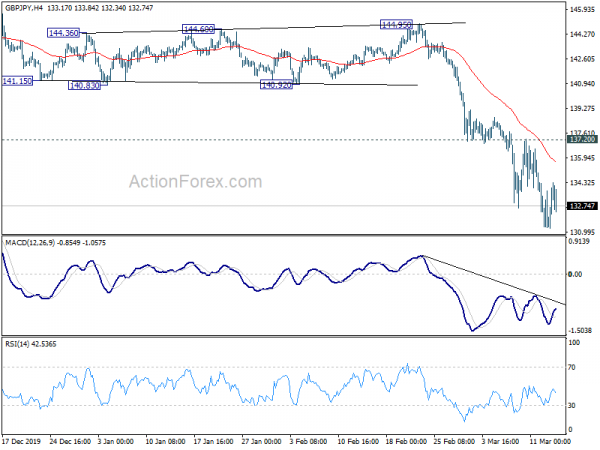 In the bigger picture, current development suggests that price actions from 122.75 (2016 low) are merely a sideway consolidation pattern. Larger down trend from 195.86 (2015 high) is not completed yet. Break of 126.54 should indicate that such down trend is resuming through 122.75 low. 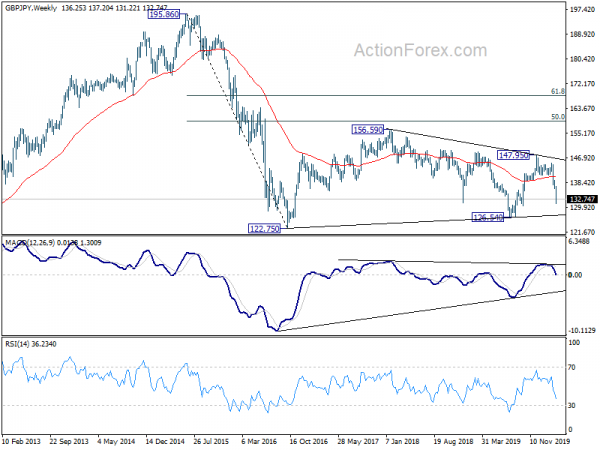