USD/CHF dropped to 0.9825 last week. But it failed to sustain below near term trend line support and recovered. Initial bias is neutral this week first. On the downside, break of 0.9825 will indicate that fall from 1.0056 is corrective whole rise from 0.9186. In that case, deeper decline would be seen to 0.9724 fibonacci level before completion. On the upside, above 0.9982 minor resistance will suggest that the pull back is finished and bring retest of 1.0056. 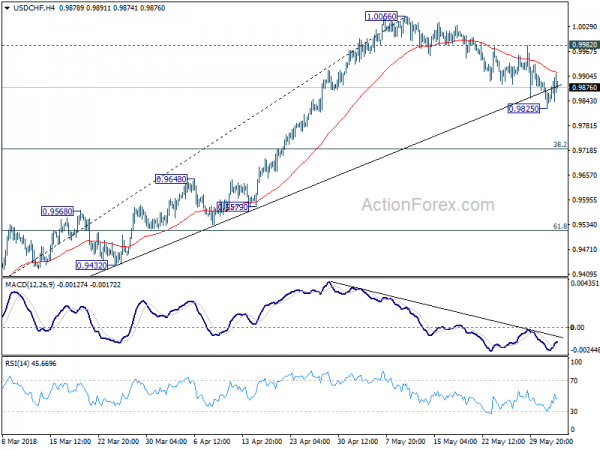 In the bigger picture, medium term decline from 1.0342 has completed with three waves down to 0.9186. Rise from there is currently viewed as a leg inside the long term range pattern. Hence, while further rally would be seen, we’d be cautious on strong resistance from 1.0342 to limit upside. For now, further rise is expected as long as 38.2% retracement of 0.9186 to 1.0056 at 0.9724 holds. 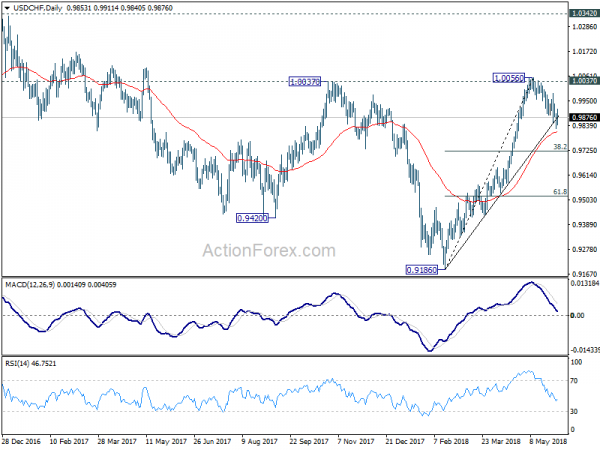 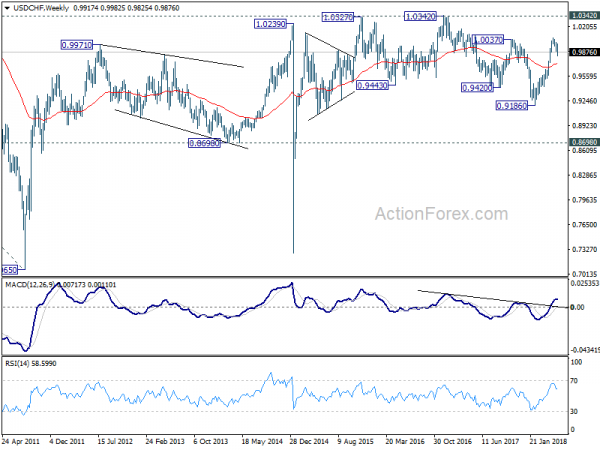 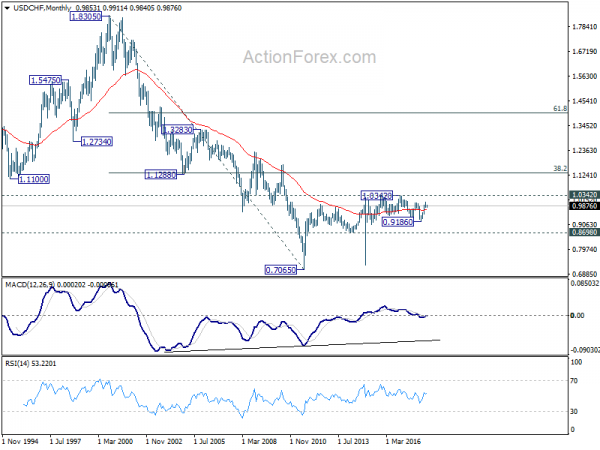