USD/CHF’s fall from 0.9901 extended to as low as 0.9207 last week and initial bias stays on the downside. Further fall could be seen to 0.9181 low. Sustained break there will extend larger decline to next fibonacci projection level at 0.9081. On the upside, above 0.9260 minor resistance will turn intraday bias neutral first. But outlook will stay bearish as long as 0.9362 support turned resistance holds, in case of recovery. 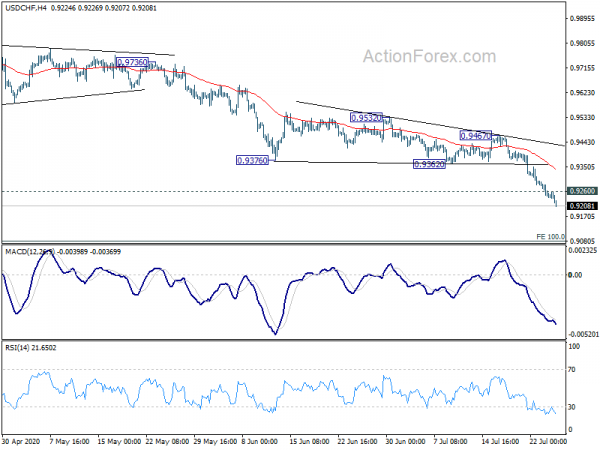 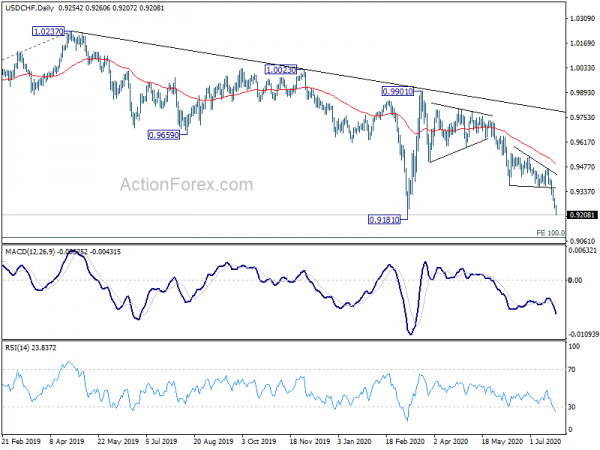 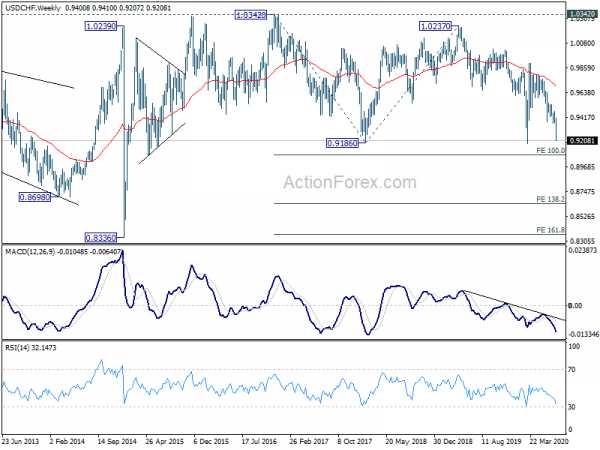 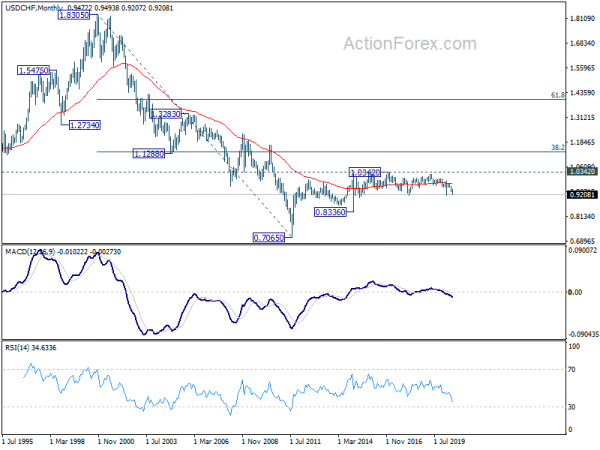