USD/JPY’s rally continued last week and there is no sign of topping yet. Initial bias stays on the upside for 114.36 resistance. Decisive break there will confirm our bullish view that corrective pull back from 118.65 has completed at 108.12. In that case, further rally would be seen to retest 118.65. On the downside, break of 112.88 support is needed to indicate short term topping. Otherwise, outlook will remain bullish in case of retreat. 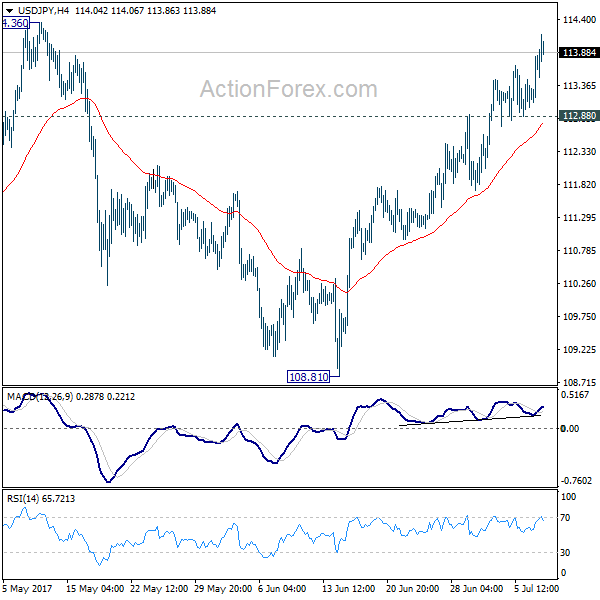 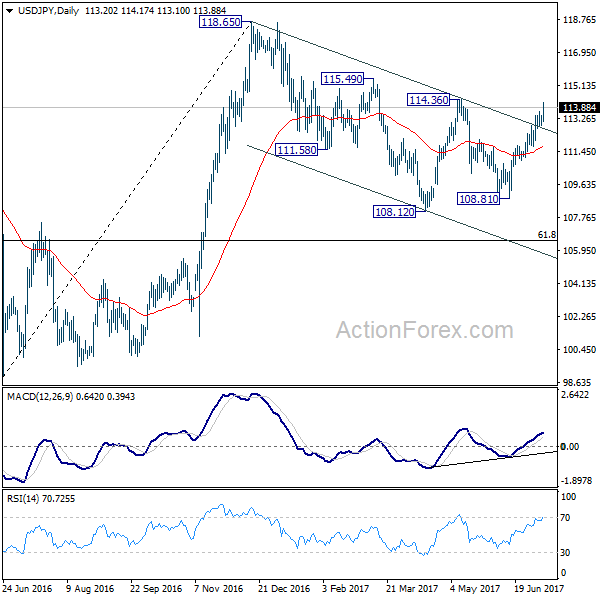 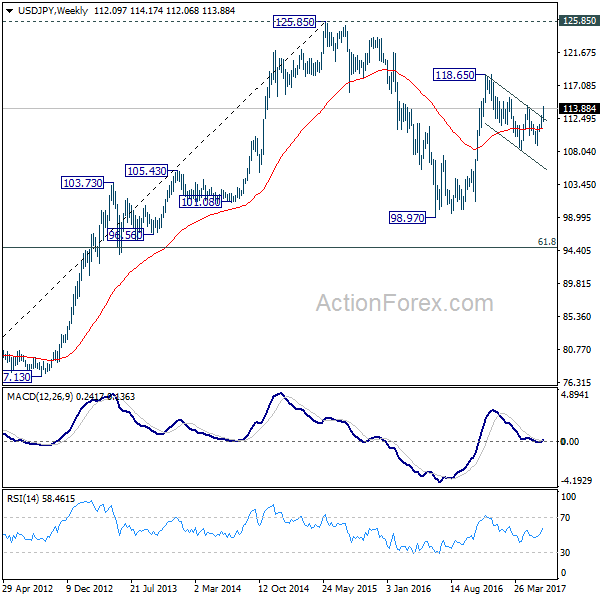 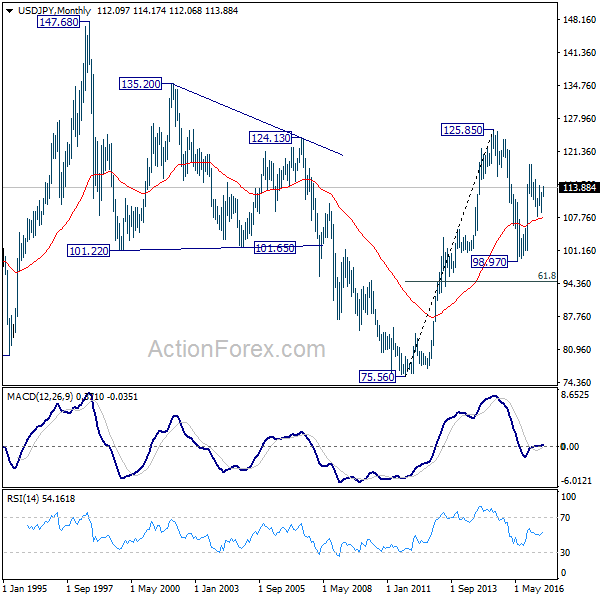