USD/JPY’s retreat from 106.10 extended lower last week but it stayed above 104.94 support. Initial bias remains neutral first and another rise is still in favor. On the upside, break of 106.10 will resume the rebound from 104.00 for 106.94 resistance. Sustained break there should confirm completion of the whole decline from 111.71. On the downside, break of 104.94 support will revive near term bearishness and target a test on 104.00 low instead. 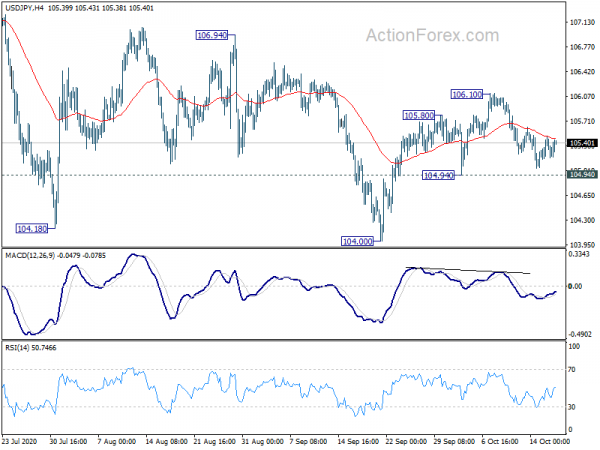 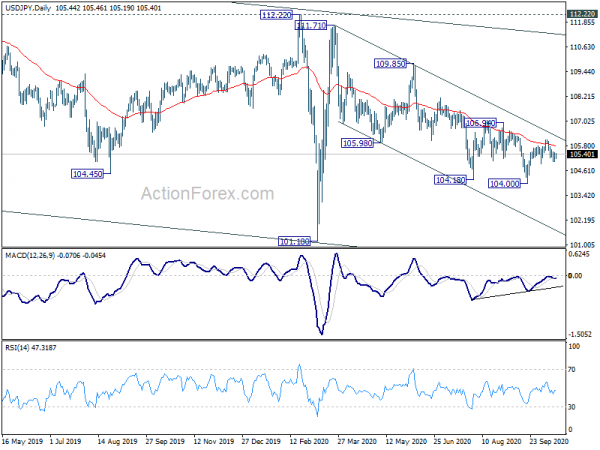 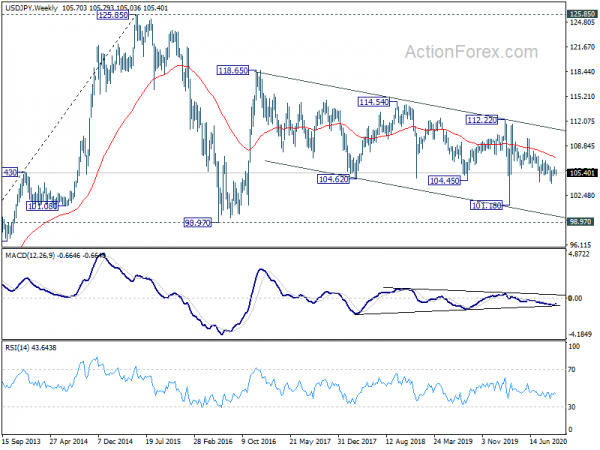 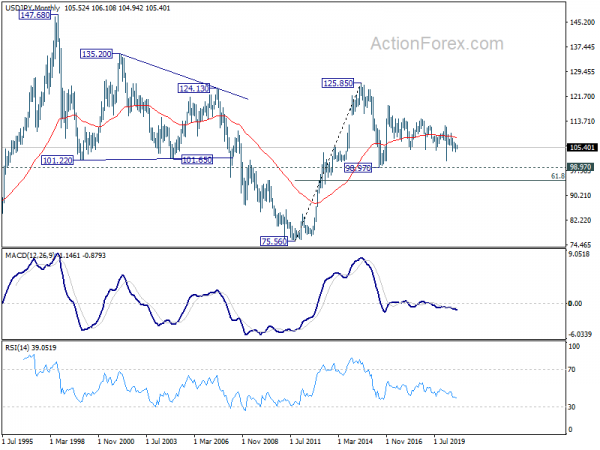