USD/JPY’s break of 115.05 resistance last week suggests that pull back from 116.34 has completed at 113.46 already. Strong support from 55 day also retain near term bullishness. Initial bias stays on the upside this week for 116.34 first. Decisive break there will resume larger up trend for 118.65 long term resistance next. On the downside, below 114.46 minor support will mix up the near term outlook and turn intraday bias neutral again. 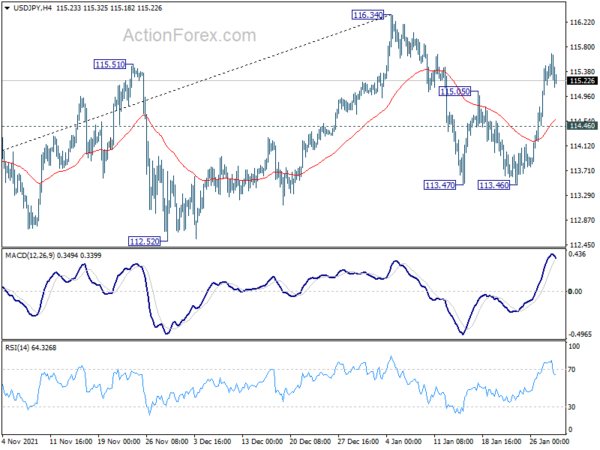 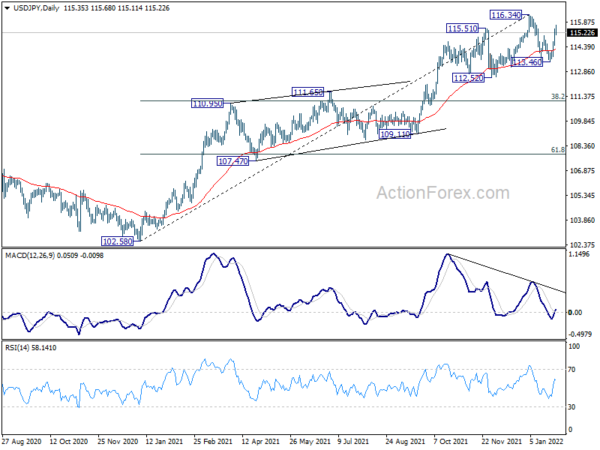 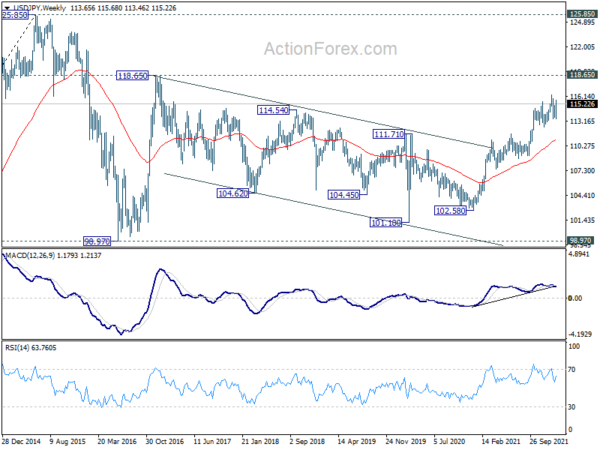 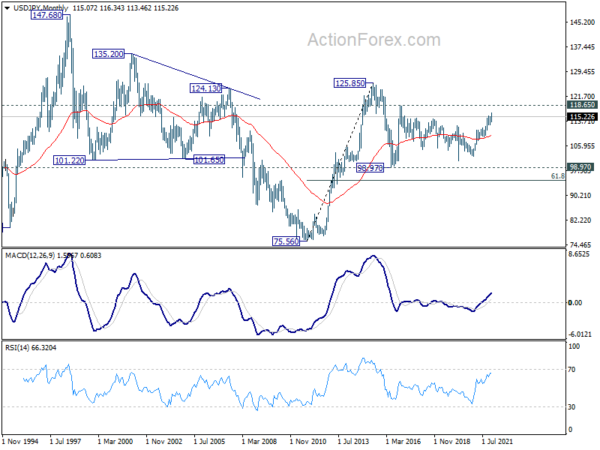