Although the greenback has retreated after rising to 113.47 and consolidation below this level would be seen, reckon downside would be limited to 112.60 and the upper Kumo (now at 112.33) should hold and bring another rise later, above said resistance at 113.47 would signal recent upmove is still in progress for headway to 113.75-80 but loss of momentum should prevent sharp move beyond 114.00, bring retreat later.

In view of this, would not chase this rise here and would be prudent to stand aside for now. Below the lower Kumo (now at 112.22) would suggest top is possibly formed but break of 111.90-95 is needed to add credence to this view, bring test of 111.73 support first. 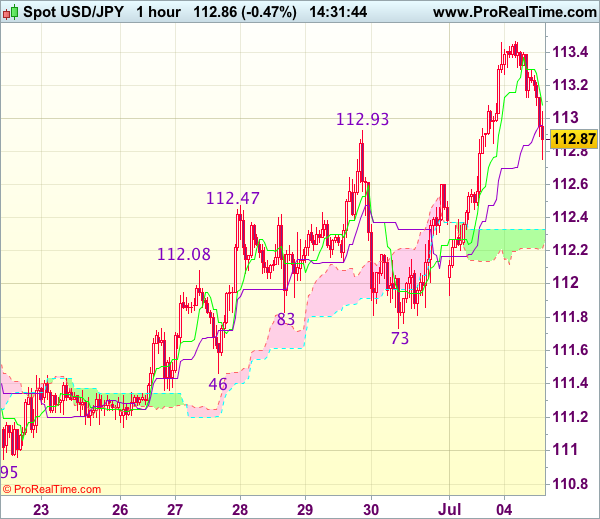