As the greenback has surged again after brief pullback and broke above previous resistance at 0.9947, adding credence to our bullish view that the rise from 0.9735 low is still in progress, hence test of resistance at 0.9987 would be seen, above there would encourage for headway to 1.0000, however, near term overbought condition should limit upside and reckon recent high at 1.0038 would hold from here, risk from there is seen for a retreat later.

In view of this, would not chase this rise here and we are looking to buy dollar on dips as 0.9900 should limit downside and bring another rebound. Below previous resistance at 0.9882-88 (now support) would defer and risk correction towards support at 0.9855 but only break there would signal top is formed instead. 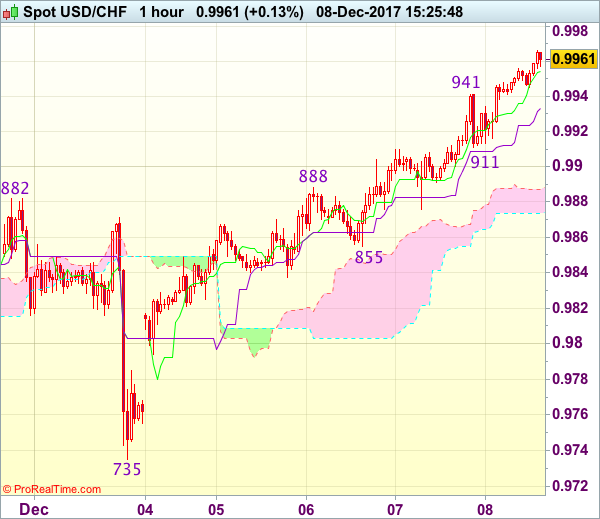