As the single currency has maintained a firm undertone and near term upside risk remains for a test of previous resistance at 1.1864, however, break there is needed to retain bullishness and signal another leg of the rise from 1.1717 is underway and extend further subsequent gain to 1.1880, then 1.1900 but price should falter well below resistance at 1.1940, risk from there is seen for a retreat later due to near term overbought condition.

In view of this, would not chase this rise here and would be prudent to stand aside in the meantime. Below 1.1800 would bring test of 1.1775 support but only break there would suggest top is formed instead, then further choppy trading would take place and weakness to 1.1750 would follow but support at 1.1737 should remain intact. 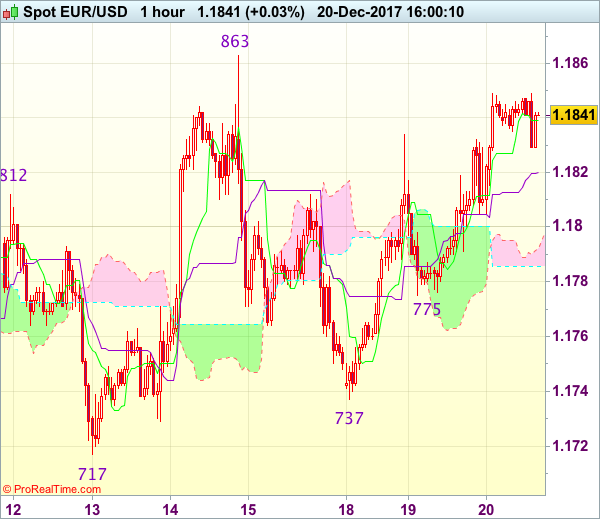