Despite yesterday’s brief fall to 0.9828, lack of follow through selling on break of previous support at 0.9835 and the subsequent rebound suggest consolidation would be seen, however, break of 0.9886 resistance is needed to signal low has been formed, bring a stronger rebound to 0.9910-15 but indicated resistance at 0.9935-36 should hold from here, bring another decline.

On the downside, below said support at 0.9828 would extend the decline from 0.9978 to 0.9795-00, however, reckon downside would be limited to 0.9750 and risk from there has increased for a rebound later due to anticipated oversold condition. As near term outlook is still mixed, would be prudent to stand aside for now. 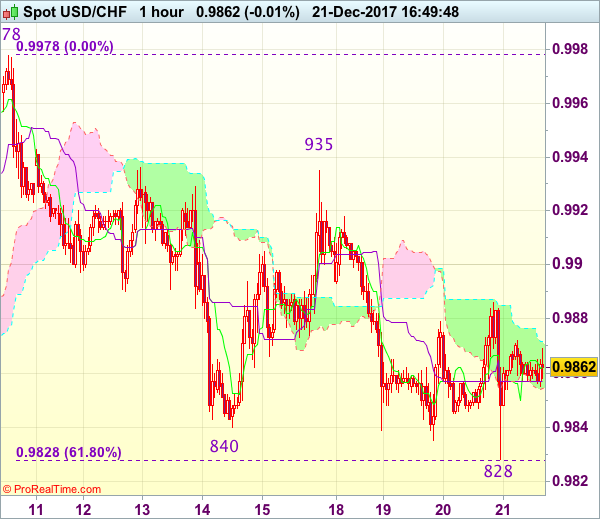