The single currency has dropped again since late last week, suggesting recent reversal from 0.9307 top is still in progress and may extend weakness to 0.8770, below there would bring further decline to 0.8740-43, then towards 0.8700, however, near term oversold condition should limit downside and as the aforesaid selloff is a bit over-extended, reckon previous support at 0.8652 would hold from here, risk from there remains for a much-needed corrective rebound to take place later. 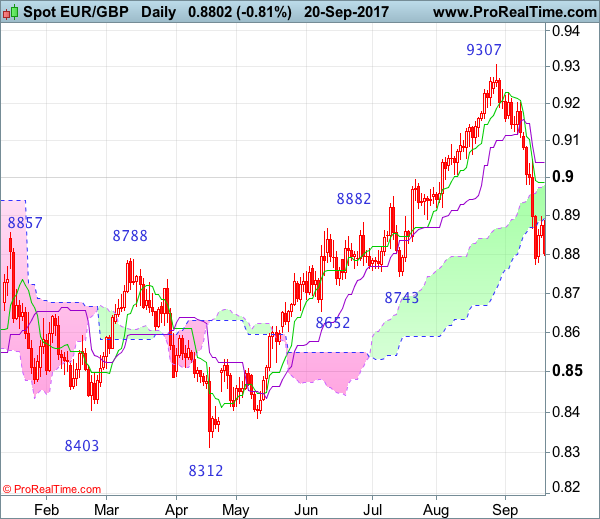 On the weekly chart, last week’s selloff formed long black candlestick, dampening our bullishness and signaling recent upmove has indeed ended at 0.9307 earlier, hence consolidation would take place below said resistance for the rest of 2017 and downside bias is seen for at least a retracement of recent upmove to 0.8740-45, then 0.8700, however, as broad outlook remains consolidative (gyration within 0.8304-0.9576 range should take place), downside should be limited to previous support at 0.8652 and price should stay above 0.8590-00, bring rebound later. 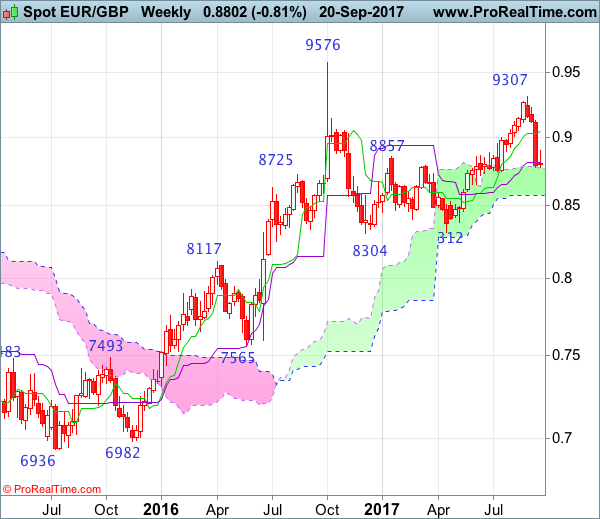