Although the greenback edged higher to 113.44 late last week, the subsequent retreat on Friday suggests consolidation below this level would be seen and test of support at 112.32 cannot be ruled out, however, break of 112.21 is needed to signal a temporary top has been formed, bring retracement of recent rise to another previous support at 111.47 and later towards 111.10-15, having said that, reckon downside would be limited and the Kijun-Sen (now at 110.38) should hold and bring rebound later. 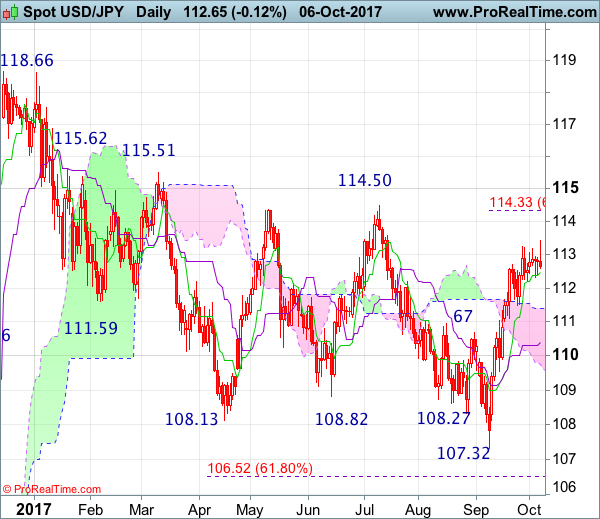 On the weekly chart, the greenback moved higher again to 113.44 last week, however, the retreat on Friday formed a doji star with a relatively long upper shadow, suggesting consolidation below this level would be seen and if this week ends with a long black candlestick, this would signal a potential reversal pattern is formed, then weakness to support at 111.47 cannot be ruled out, however, only a weekly close below the Kijun-Sen (now at 110.91) would add credence to this view, bring retracement of recent rise from 107.32 to the Tenkan-Sen (now at 110.38) and then 109.90-95 which is likely to hold from here. 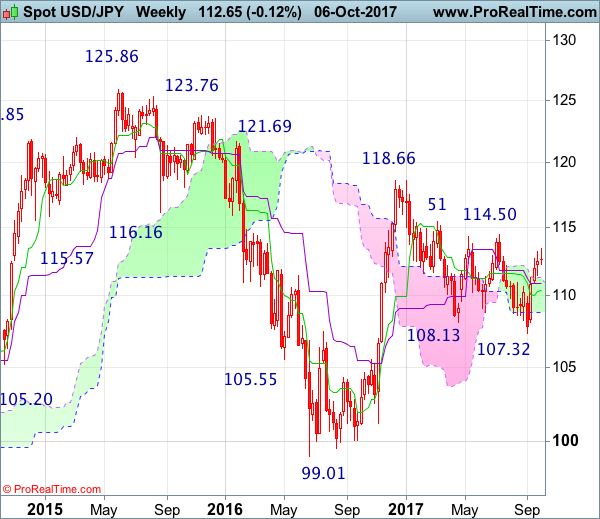