Although the greenback recovered after falling to 0.9778 earlier this week, reckon upside would be limited to the Tenkan-Sen (now at 0.9863) and the Kijun-Sen (now at 0.9909) should remain intact, bring another decline later. Below said support at 0.9778 would extend the corrective decline from 1.0039 towards support at 0.9737 but reckon 0.9700 would hold and bring rebound later. Above the Kijun-Sen would suggest low is possibly formed but break of 0.9950-55 is needed to add credence to this view, bring test of indicated resistance at 1.0018, above there would signal the pullback from 1.0039 has ended, bring retest of this level first. 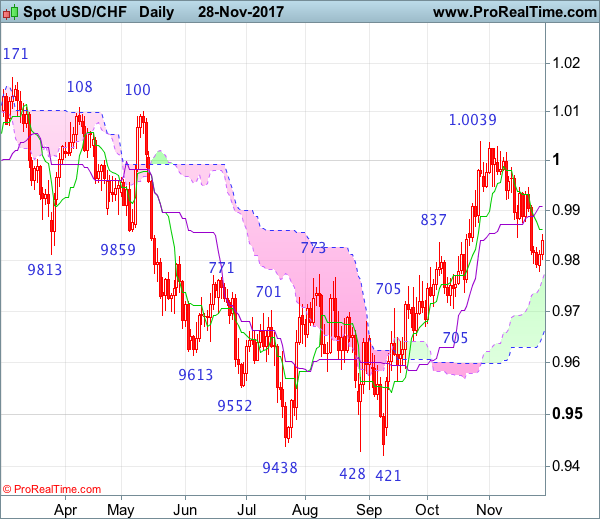 On the weekly chart, last week’s fall from 0.9947 formed another black candlestick, retaining our view that further consolidation below recent high at 1.0039 would be seen and initial downside risk remains for weakness to the Kijun-Sen (now at 0.9730) where renewed buying interest should emerge, bring another rise later, above said resistance at 0.9947 would bring test of 0.9987, break there would suggest the pullback from 1.0039 has ended, bring retest of this level, break there would extend the rebound from 0.9421 low to previous resistance at 1.0100-08, having said that, overbought condition should prevent sharp move beyond previous resistance at 1.0171 and 1.0200-10 should hold from here.

On the downside, although initial pullback to 0.9770 is likely, reckon 0.9730-37 (current level of the Kijun-Sen and previous support) would limit downside and bring another rise later. A weekly close below there would defer and signal top is formed instead, this also suggest first leg of rebound from 0.9737 has ended and bring weakness to 0.9690-00, however, reckon support at 0.9642 would limit downside and price should stay above support at 0.9565 and the greenback shall stage another strong rebound next month. 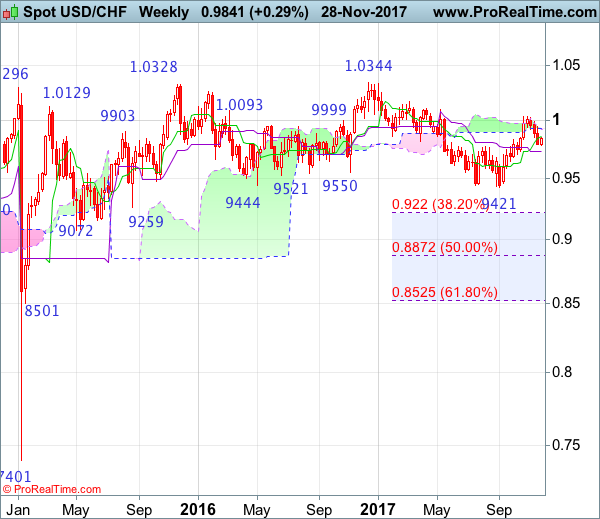