Although euro retreated briefly to 126.49, renewed buying interest quickly emerged and the single currency has surged again, adding credence to our bullish count that recent upmove is still in progress and upside bias remains for medium term rise to extend further gain to 129.00-10, however, near term overbought condition should prevent sharp move beyond 129.50-60 and reckon psychological level 130.00 would hold from here, risk from there has increased for a retreat later. 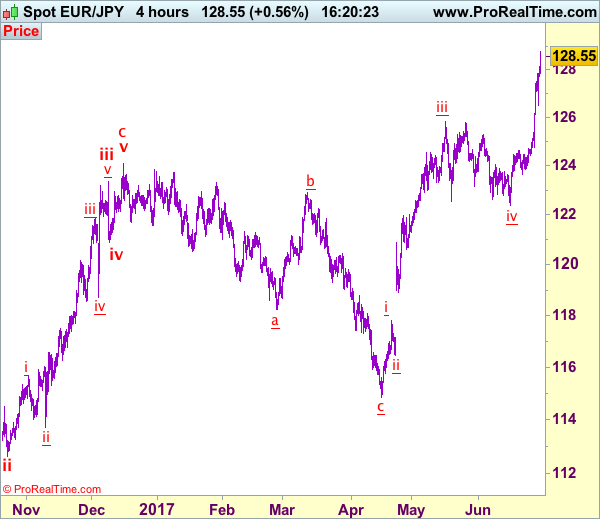