As the single currency has surged again after brief pullback, adding credence to our view that the rise from 0.8403 low is still in progress and mild upside bias remains for this move to extend further gain to resistance at 0.8646, break there would encourage for subsequent rise to 0.8680-85 but reckon upside would be limited and price should falter well below 0.8710, risk from there is seen for a retreat to take place later.

In view of this, would not chase this rise here and we are looking to buy euro on pullback as 0.8550 should limit downside. Below support at 0.8509 would abort and signal top is formed instead, risk weakness to 0.8460-65 break there would add credence to this view and further fall to 0.8435-40 would follow. 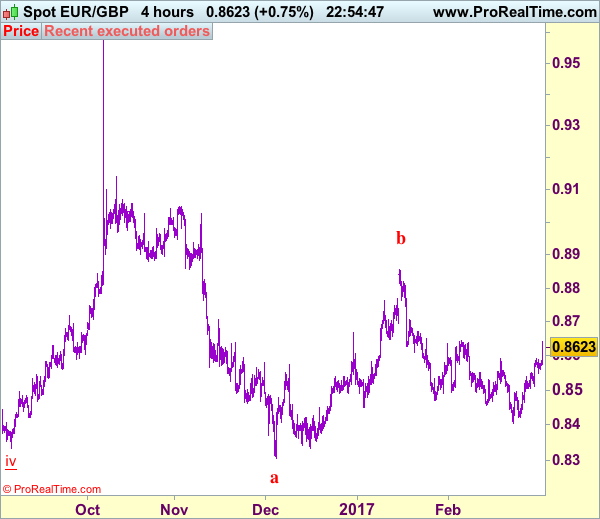