As aussie has remained under pressure after retreating from 0.7645, near term downside risk remains and consolidation with mild downside bias is seen for weakness towards 0.7532 (last week’s low), however, break there is needed to revive bearishness and signal recent decline from 0.8125 top has resumed for further weakness to 0.7500, then 0.7470.

On the upside, expect recovery to be limited to 0.7595-00 and indicated resistance at 0.7645 should remain intact, bring retreat later. A break of said resistance at 0.7645 would extend the corrective bounce from 0.7532 (last week’s low) for retracement of recent decline to 0.7670, then towards resistance at 0.7701 which is likely to hold from here. As near term outlook is mixed, would be prudent to stand aside for now. 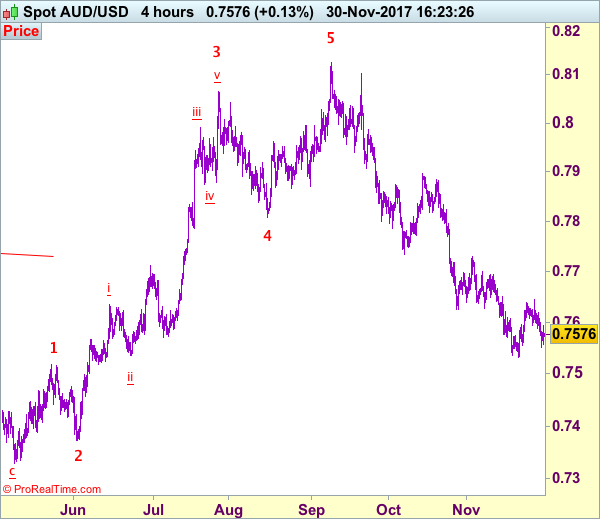