As the single currency has recovered after falling to 117.43, suggesting consolidation above this level would be seen and corrective bounce to 118.50 is likely, however, reckon upside would be limited to 118.90-00 and bring another decline later. A break of said support at 117.43 would add credence to our bearish view that the decline from 124.10 top (2016 high) is still in progress and further weakness to 117.00-10 would be seen but oversold condition should prevent sharp fall below 116.50-60 and reckon 116.15-20 would hold from here, bring rebound later.

In view of this, would not chase this fall here and would be prudent to sell euro on subsequent rebound as 118.90-00 should limit upside. Above 119.06 resistance would defer and suggest a temporary low is possibly formed, risk rebound to 119.40-50 but price should falter below resistance at 119.85, bring another selloff. 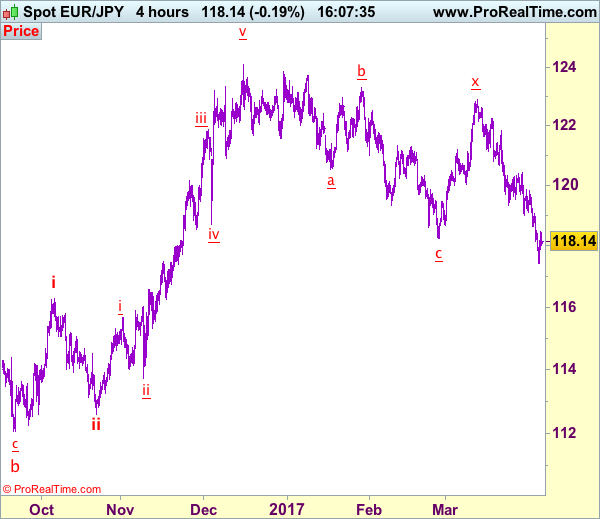