Last week’s late selloff suggests the reversal from 0.9307 top is still in progress, hence downside bias is seen for this move to extend weakness towards previous support at 0.8743, a daily close below there would add credence to our view that recent upmove has indeed ended at 0.9307, bring further decline to 0.8700, then towards 0.8700-10, however, loss of near term downward momentum should prevent sharp fall below another previous support at 0.8652 and price should stay above 0.8600, bring rebound later.

On the upside, whilst initial recovery to 0.8890-00 cannot be ruled out, reckon upside would be limited to 0.8950 and price should falter well below 0.9000, bring another decline later to aforesaid downside targets. Only above resistance at 0.9048 would abort and signal the fall from 0.9307 has formed a temporary low, bring a stronger recovery to 0.9100 and then 0.9145-50, having said that, price should falter well below resistance at 0.9203, then the single currency shall head south again from there. 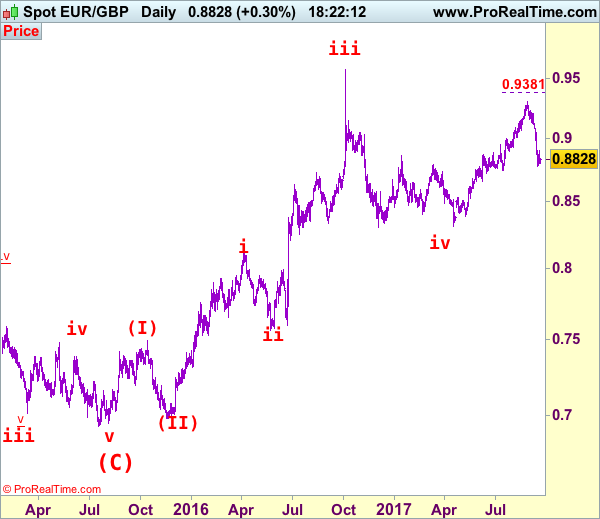 We are keeping an alternate count that only wave III ended at 0.9805 and the correction from there is the wave IV and has possibly ended at 0.6936, however, it is necessary to see a daily close above resistance at 0.9576 in order to change this to be the preferred count. 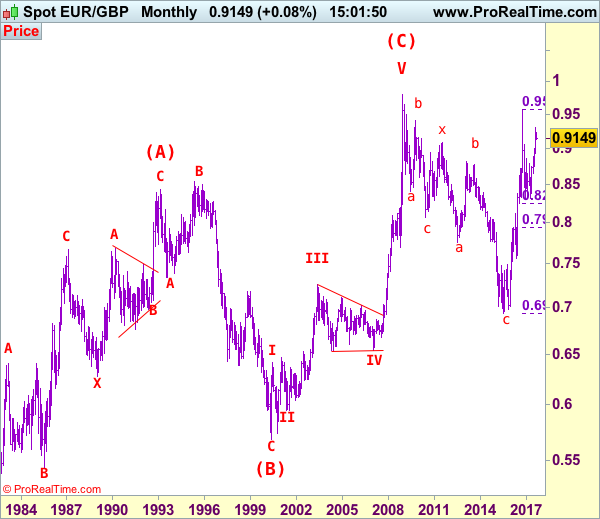