According to first estimate, French GDP dropped -13.8% qoq in Q2. It’s -19% down lower than GDP back in Q2 2019. INSEE said, “the gradual ending of restrictions led to a gradual recovery of economic activity in May and June, after the low point reached in April.” 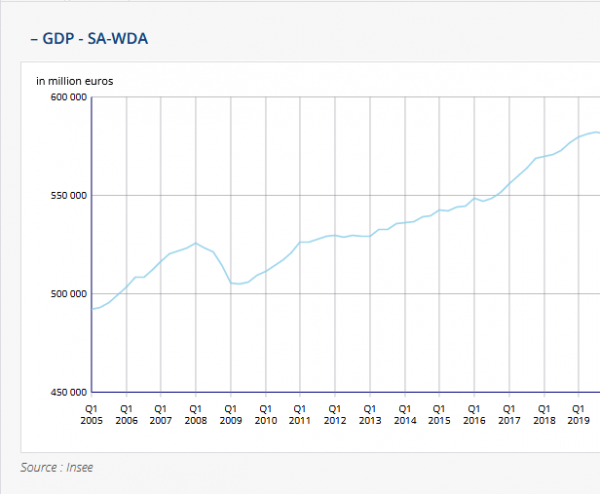 Exports fell this quarter (–25.5% after –6.1%) more strongly than imports (–17.3% after –5.5%). All in all, the foreign trade balance contributed negatively to GDP growth: –2.3 points, after –0.1 points the previous quarter. Conversely, changes in inventories contributed positively to GDP growth (+0.6 points).