Following a hawkish move in October, we expect the BOC to keep the powder dry this week. Policymakers should acknowledge the strong GDP growth and job market data, while cautioning over the uncertainty of the Omicron variant. They are also expected to reiterate the stance that the rate hike would come once the economic slack is absorbed. 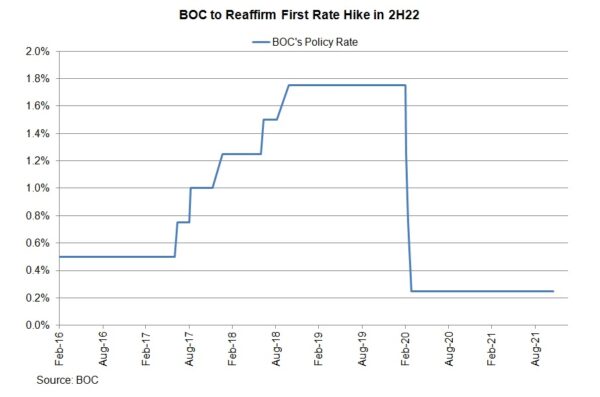 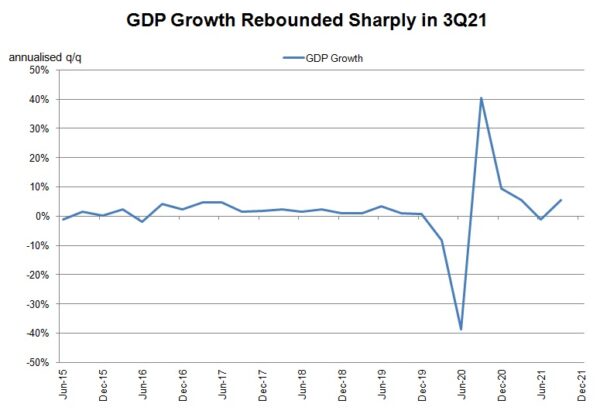 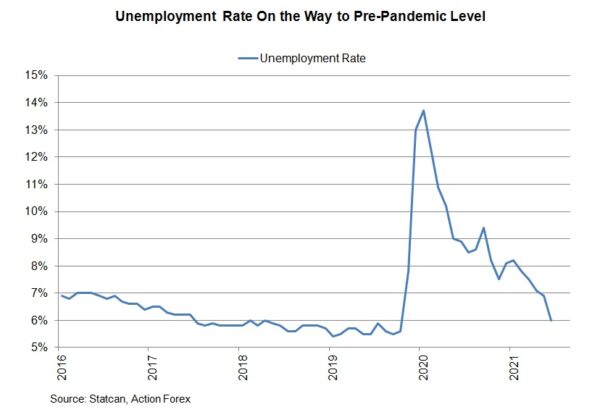 Inflation accelerated further with the headline CPI rising to +4.7% y/y in October, from +4.4% a month ago. BOC’s preferred inflation gauges averaged at 2.7%, unchanged from September. While policymakers did not appear very concerned about inflation, they pledged to monitor the situation closely and got ready to act. Writing for Financial Times in mid-November, Governor Tiff Macklem’s indicated that the central bank expected inflationary pressures to ease. He added, however, that “if we end up being wrong about the persistence of inflationary pressures and how much slack remains in the economy, we will adjust. Our framework enables us to do just that”. 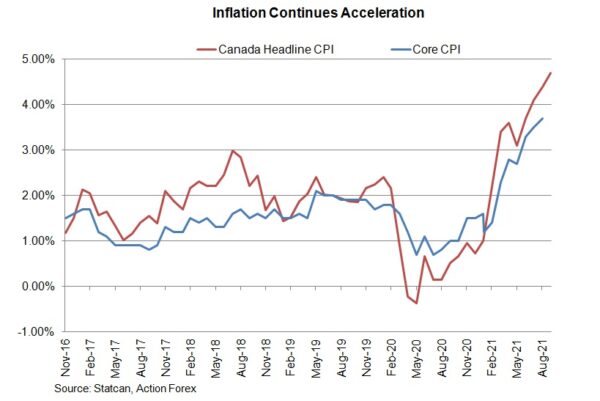 In October, the BOC announced to end the QE program and begin the reinvestment process. While leaving the overnight rate unchanged at the effective lower bound of 0.25%, the central bank also pushed forward the timing for the first rate hike to “sometime in the middle quarters of 2022”, compared with previous estimate of “the second half of 2022”. We expect this, and the forward guidance that a rate hike would not come “until economic slack is absorbed so that the 2% inflation target is sustainably achieved”, to stay intact this month.