China’s manufacturing activities contracted for the first time in 11 months, as Caixin/Markit’s PMI index suggested. The report shows that the manufacturing PMI dropped -0.7 points to 49.6 in May (a reading below 50 signals contraction), compared with consensus of a milder drop to 50.1. While the sub-indices of output and new business remained in the expansionary territory, but both fell to their lowest levels since June last year. Meanwhile, the sub- indices of input costs and output prices drifted to the contractionary territory for the first time since June 2016 and February 2016, respectively. Meanwhile, the sub-index of stocks of purchases showed renewed decline. The rebound in the sub-index of stocks of finished goods suggested that companies stopped restocking as inventory levels increased. 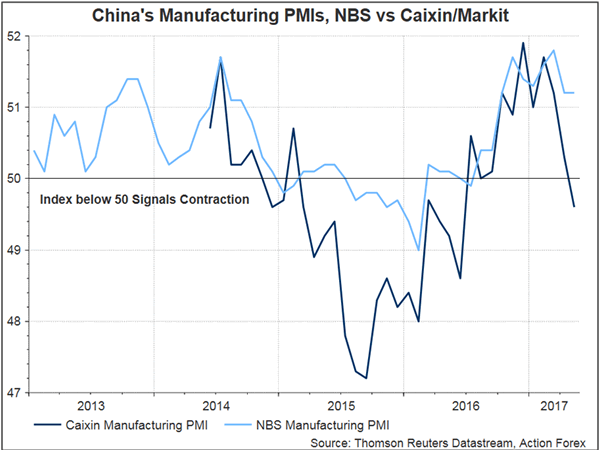 The official manufacturing PMI stayed unchanged at 51.2 for May, compared with consensus of 51. Besides the above-mentioned indices for small- and medium-sized firms, the official report also covers large corporations of which the index declined further to 51.2, from 52 in April. Despite the general belief that smaller companies should perform worse than larger companies due to the government tightening measures, the formers indeed benefited from the improved external demand, evidenced in the pickup in the export orders sub-index. The report also unveiled the widening gap between exports and imports, signaling stabilization in China’s trade balance. 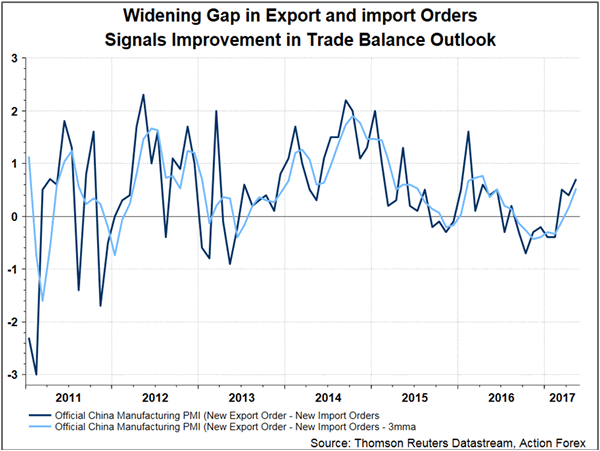 The input price index fell to 49.5 in May, marking the first sub-50 reading in 16 months, due to the decline in global commodity prices. We expect China’s PPI would continue to moderate, probably falling to around 5%, in coming months. 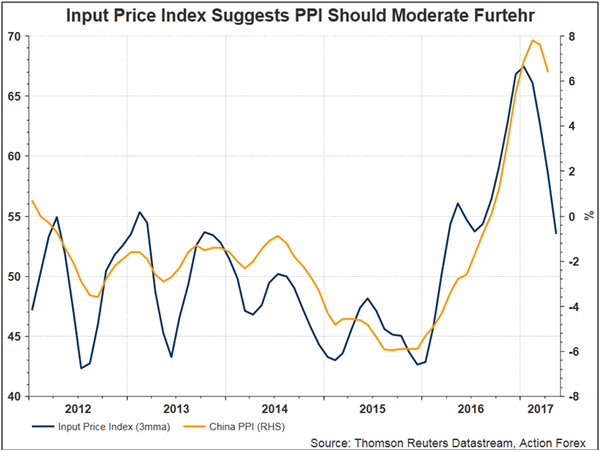 The official non-manufacturing PMI improved to 54.5 in May from 54 a month ago. the biggest growth driver for the month was the services PMI which gained +0.9 point to 53.5. The construction PMI slipped -1.2 points to 60.4 in May