The stock markets are rather steady today so far even though US continues with its tariff threats on other countries. At the time of writing, European indices are mixed with DAX nearly flat while CAC is up 0.2%. FTSE is indeed registering 0.5% again thanks to the slightly weaker Sterling, US stock futures also just point to a mixed open. Markets could take a bit of time to digest yesterday’s loss. In the currency markets, Yen continues to trade as the strongest one but there is no clear cut follow through buying. Dollar attempts to rebound against Europeans today but strength is so far limited. Sterling is weighed down slightly as new BoE policy maker Haskel is seen as less hawkish than Ian McCafferty, the one he replaces.

For now, it will take some more time for the forecast markets to determine the main near term direction. The rebound in EUR/USD from 1.1507, GBP/USD from 1.3101 and AUD/USD from 0.7345 are all seen as corrective. These corrections could take some more time to develop. But in the end, Dollar is expected to regain strength after the corrections complete. EUR/JPY, GBP/JPY and AUD/JPY are also in near term correction and decline is expected at a later stage. The question is, whether Dollar or Yen will pick up buying momentum first. Yen is in favor based on the outlook in USD/JPY. But let’s see.

In a series of tweets, Trump blasts Harley-Davidson for using tariffs/trade wars as excuse for moving production to Thailand. And he warned that HD won’t be able to sell back into the US “without paying a big tax.

Also, he said the administration is “finishing” the study of tariffs on cars from EU. Trump blamed EU again as “they have long taken advantage of the U.S. in the form of Trade Barriers and Tariffs.” Trump promised “in the end it will all even out – and it won’t take very long!”

UK Hammond: Full scale trade war a disaster for everyone, not least for US

UK Chancellor of Exchequer Philip Hammond said today that “I very much hope that we can avoid a full scale trade war (because) that would be a disaster for everyone, not least for the United States”. He added that “but what I can say is this: whatever happens the UK will remain an outspoken proponent of open markets and free trade, low tariff barriers and low non-tariff barriers.”

Also Hammond said that “we live in uncertain times because the old certainty for many decades has been that the United States was completely wedded to open markets and free trade.”

New BoE MPC member Jonathan Haskel testifies in the parliament today. On interest rates he said that “at this stage, I would merely say that given current conditions and current economic data, I agree with the broad direction of travel (of the BoE’s current guidance).”

But he pointed out that “ultimately, long run consumer demand depends on how much (perceived long run) incomes grow and how much is saved or spent.” And, “in recent years savings rates seem to have declined and thus consumption has been stronger than was expected. I would expect that savings rates would fall assuming the outlook for wages and productivity remains subdued.” Therefore, he predicted that ” outlook for consumer spending in the UK is that it will be similarly subdued.”

On Brexit, Haskel said “what all of this hangs on is the extent to which we can re-negotiate advantageous supply trade relationships, trade and services and all of those kinds of things.” And, “If they can be negotiated and we can be in a good place, then the economy can keep on growing. If we’re in a bad place, then I think most people will agree there may at least be a temporary lull.”

Haskel’s term will start in September. That is, after the highly anticipated August BoE MPC meeting, when a rate hike is on the table.

The move is seen as a preparation for US initiated trade war. China announced to retaliate to US section 301 tariffs. Soybean is on the list of US goods to be imposed 25 tariffs, effective July 6. 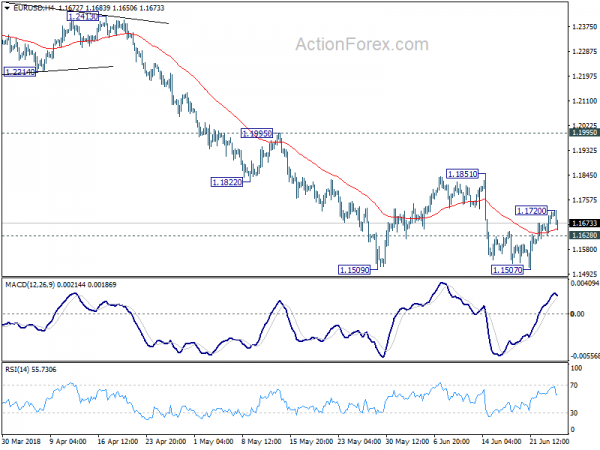 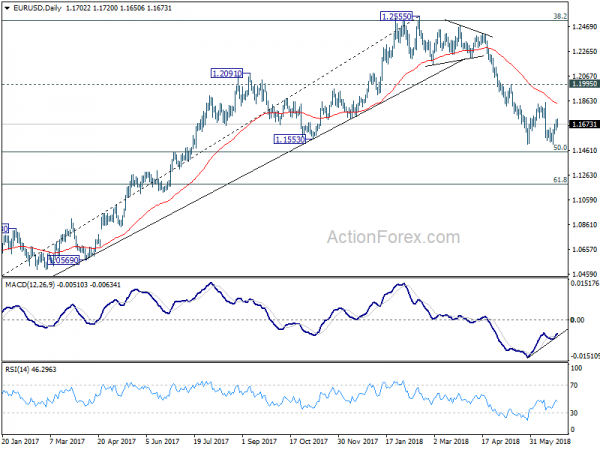