Euro continues to trade as the strongest one for today as boosted by the EU leader’s agreement on immigration. While the common hasn’t been the star this month, it’s indeed up against all but Dollar. European stocks investors are also happy with the result. At the time of writing, DAX and CAC are trading up more than 1% while FTSE is up around 0.6%. Additional support is seen for the common currency as Eurozone headline inflation accelerated to ECB’s target of 2%. Sterling, is trading as the second strongest one, with help from upward revision in the final Q1 GDP reading.

Dollar, on the other hand, is not getting much support from stronger than expected inflation data. It’s trading as the second weakest one for today, following Yen. The pre-quarter-end rebound in global stocks is set to continue into US session as DOW futures suggest. In other markets, WTI crude oil is holding firm above 73 handle. Gold continues to defend 1250 handle, with help of retreat in Dollar.

Canada GDP rose 0.1% mom in April, above expectation of 0.0% mom. IPPI rose 1.0% mom in May while RMPI rose 3.8% mom. BoC Governor Stephen Poloz has made himself very clear this week. Economic models suggested that there should be a rate hike soon. But models are just part of the equation for the decision. Trade tensions and impacts of higher interest rates on household are factors to consider too. To us, it’s 50/50 for BoC to hike in July.

Euro jumps broadly today on news that the 28 EU leaders have agreed on the conclusions of the EU summit, including migration. There were some concerns earlier as Italy threatened to block all agreement if they requests on migration were not met. German Chancellor Angela Merkel, who’s under political pressure domestically, said that “overall, after an intensive discussion on the most challenging theme for the European Union, namely migration, it is a good signal that we agreed a common text.”

Italy’s Interior Minister Matteo Salvini, a known anti immigrant leader of the League, said he’s pleased with EU’s agreement on immigration. He said today that “I’m satisfied and proud of our government’s results in Brussels.” And, “finally Europe has been forced to discuss an Italian proposal… (and) finally Italy is no longer isolated and has returned to being a protagonist.”

Sterling jumps notably after GDP upward revision. Q1 GDP growth is finalized at 0.2% qoq, revised up from 0.1% qoq. Services made the largest contribution by growing 0.2%. The 0.1% growth in production was offset by the -0.1% contraction in construction. Among services, business and finance services jumped 0.6%, government and other services rose 0.3%. Distribution, hotels and restaurants increased by 0.1%. Transport, storage and communication increased by 0.1%

Swiss KOF Economic Barometer rose 1.7 to 101.7 in June, above expectation of 101.0. It’s also back above long-term average at 100.0. KOF said it indicates a “slightly above-average development” in Switzerland. But still, the “tailwind for the Swiss economy is no longer as strong as during winter.”

On the data front, New Zealand building permits rose 7.1% mom in May. Japan unemployment rate dropped to fresh 25 year low at 2.2%, down from 2.5%. Tokyo CPI accelerated more than expected to 0.7% yoy in June. Industrial production dropped -0.2% mom in May. Housing starts rose 1.3% yoy in May. Consumer confidence dropped to 43.7 in June. 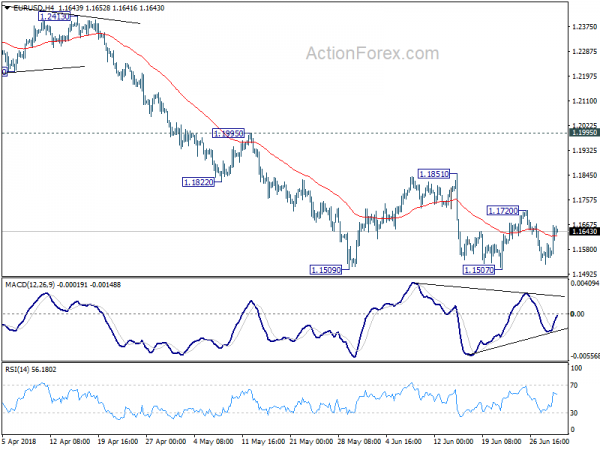 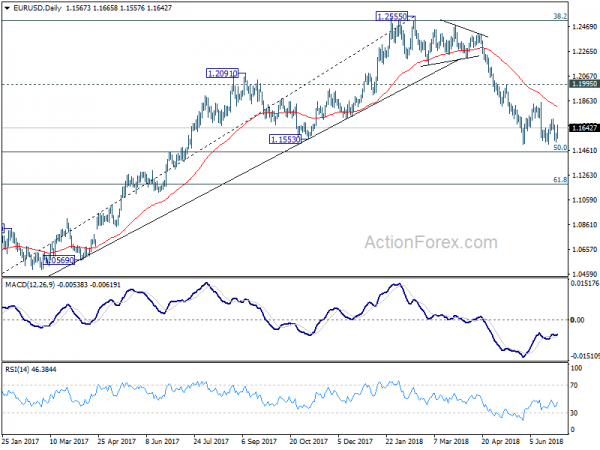