The forex markets are relatively directionless today, except overwhelming weakness in New Zealand Dollar. Sterling recovers broadly today on rumor that the EU is considering to offer a major Brexit concession to the UK. But there is so far no detail on the deal. Oversold condition also helps the pound gains some footing. But it’s clearly not out of the woods yet. The next move in Sterling could depend on UK GDP to be released tomorrow. Swiss Franc is following as the second strongest one for today so far, with some help from softness in European stocks. Kiwi remains the worst performing one on dovish RBNZ rate decision. Australian Dollar reversed earlier gains and is trading as the second weakest. Dollar and Euro are mixed.

In other markets, European indices are mixed for the moment. DAX is fluctuating between gain and loss. DAX is down -0.27% while FTSE is down -0.7%. Earlier in Asia, major indices closed mixed. China Shanghai SSE closed up 1.83% at 2794.38, can’t hold on to 2800 handle. Hong Kong HSI rebounded 0.88%. But Nikkei and Singapore Strait Times are down -0.2% and -0.4% respectively. WTI crude breached 67 earlier today but is so far holding on this level. Gold continues to gyrate in tight range around 1210.

From Canada housing starts dropped to 206k in July, below expectation of 281k. New housing price index rose 0.1% mom in June., above expectation of 0.0% mom.

In ECB’s Monthly Economic Bulletin, the central bank noted that latest economic indicators suggest “ongoing solid growth”. There is an “easing” as a pull-back from the “high-pace” of growth last year. And that is “related mainly to a weakening of external trade”. Overall, risks surrounding the Eurozone growth outlook “can still be assessed as broadly balanced”. Meanwhile wage growth data points to a “continued upward lift” from Q2 2016 trough”. Both mark and survey-based measure of long-term inflation expectations remained “broadly unchanged”.

Externally, ECB noted that indicators signal a “steady growth momentum” in Q2. But at the same time, downside risks to global economy “have intensified. That was due to “actions and threats regarding trade tariff increases by the United States and possible retaliation by the affected countries.” Also, global trade indicators recorded a “loss in momentum.

77% economists expect no BoJ stimulus exit until 2020 or later

According to a Reuters poll, 73% of economists surveyed expected that BoJ will not start unwinding stimulus until 2020 or later. That’s nearly double of 37% last month. Around one third said BoJ’s July announcement as a small step on crafting the exit strategy. BoJ explicitly talked about allowing 10 year JGB yield to move between -0.1% and 0.1%. 77% of economists believed that would help bond market functioning.

On the economy, economists projected core CPI, excluding sales tax hike impact, to rise 0.9% in the fiscal year to March 2019, same as the prior fiscal year. That’ notably lower than BoJ’s own forecasts of 1.1% in fiscal 2019 and fiscal 2019. Economists also saw Japan GDP to grow 1.1% this fiscal year and then slow to 0.8% next.

RBNZ’s announcement comes in more dovish than anticipated. While leaving the Official Cash Rate (OCR) unchanged at 1.75%, the members pushed backward expectations for the next interest rate adjustment. OCR is expected to be kept low, “but for longer”, through 2019 and into 2020. RBNZ also reiterated that the next move “could be up or down”. 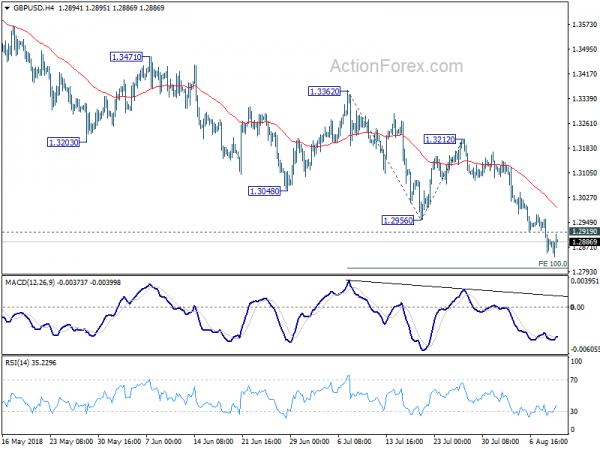 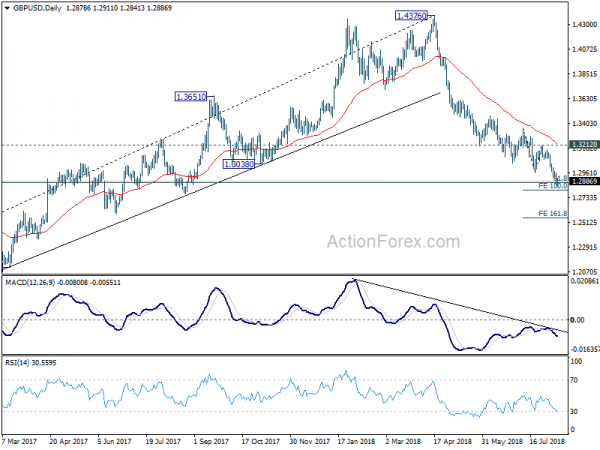