After much volatility this week, Yen and Dollar are staying as the weakest one for the week. Receding concerns over US-China trade war boosted risk appetite in the US and Asia in general. It seems that Trump’s administration and Republicans are feeling heavy pressure from business to stop any trade tension escalation, even though Trump may like the opposite way. As long as Trump refrain from starting the new 25% tariff on USD 200B in Chinese goods, Dollar and Yen could stay soft for a while. Focus will turn to US retail sales today first.

On the other hand, Sterling is so far the strongest for the week. Looking through all the noises, it’s rather clear that both Prime Minister Theresa May’s government and the EU want to make a deal. The biggest risks actually come from within the Conservative Party. The Pound will likely be supported even though it will remain headline sensitive.

Technically, GBP/USD took the lead in rise resumption earlier this week. But EUR/USD is held below 1.1733. USD/CHF is kept above 0.9640. These two levels will now be in focus today. USD/JPY broke 111.82 resistance yesterday to resume the rebound from 109.76. Further rise is expected for 113.17 resistance. But as both Dollar and Yen are soft, the process could be “gradual”.

Atlanta Fed Bostic: Rate hikes to continue over next few quarters, but unsure on Q4

Atlanta Fed President Raphael Bostic said in a speech yesterday that the economy is “doing well and standing on its own”. He supported monetary to move towards a neutral stance. And that means “a gradual increase in nominal interest rates over the next handful of quarters.” However, later he clarified that there is still “some uncertainty” to whether US is “really at full employment”. If there is “not a risk of overheating then we have the possibility to be more patient.”

Bostic is taking a “wait and see” approach to the fourth hike in 2018 in December. That is, to several rate hikes in the coming quarters doesn’t mean rate hikes in every quarter. While it may sounds a bit confusing, his comments have been consistent. Bostic is one of those who are more cautiously on the outlook. In particular, just a few weeks ago, he vowed not to vote for anything that knowingly inverts yield curve.

On trade tensions, Bostic said “an uncertain outlook can cause firms to delay investments while they wait to see how the situation unfolds. Such a development could grow to have macroeconomic ramifications the longer the uncertainty remains.” But he also noted that a recent survey shows trade war fears have had “only a small negative effect on US business investment so far.”

BoE Governor Mark Carney gave some “chilling” warnings in Prime Minister Theresa May’s cabinet meeting on no-deal Brexit preparation yesterday. There he compared a disorderly effort to 2008 financial prices. And more importantly, BoE wouldn’t be able to avert the crisis by cutting interest rates. Inflation and unemployment are expected to surge according to Carney’s expectation. And, in the worst case scenario, house price could fall be 25-35% over three years. On the other hand, Carney noted that if a deal is struck based on May’s Chequers plan, the economy could overshoot current forecasts as it’s an outcome that’s better than BoE assumed.

However, it should be noted that Carney has been constantly accused by Brexiteers as being part of the “Remain” camp, together with Chancellor of Exchequer Philip Hammond. And, both have been inaccurate in prediction Brexit economic consequences. Leader of the Brexit camp European Research Group Jacob Rees-Mogg called Carney “the high priest of Project Fear” last month.

Canada Trudeau: Working on the right NAFTA deal as quickly as we can

September 30 is seen by some as the deadline for completing US-Canada NAFTA negotiation. The legal text has to be produced by October 1 so as for the current Mexican government to sign before leaving office on November 30. But Canadian Prime Minister Justin Trudeau brushed off the deadline.

He said yesterday that “we have seen various deadlines put forward as markers to work for.” And, “we’ll do the work and try and get there as quick as we can, but we’re going to make sure that we’re doing what is necessary to get the right deal for Canadians.”

Also, Trump appeared to have mused about renaming NAFTA to USMC, and said the “C” could be dropped if Canada didn’t sign on. Trudeau said there were “things that we’re working on very seriously, rolling up our sleeves on. I don’t think we’ve spent much time talking about what the name or potential name or renaming could be.”

Looking ahead, Eurozone trade balance will be featured in European session. But main focus will be US retail sales later in the day. US will also release import price index, industrial production, business inventories and U of Michigan consumer sentiment. 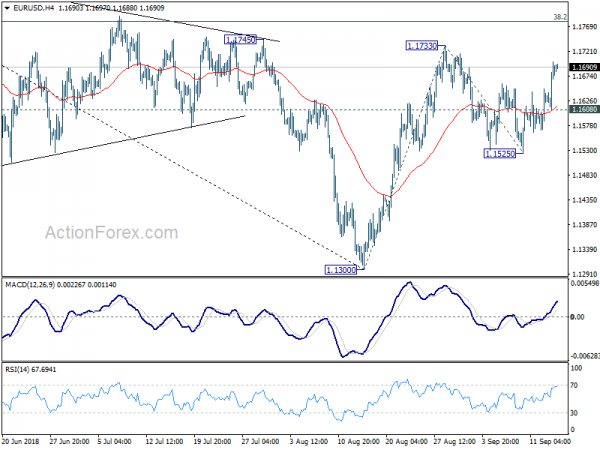 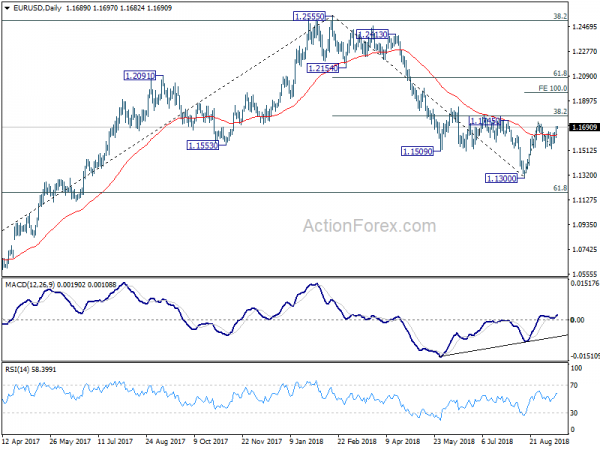