Dollar stays weak against Euro and Sterling in early US session as non-farm payroll risk is cleared. NFP showed 211k growth in the US job market in April, above expectation of 180k. However, prior month’s weak figure was revised further down to 79k from 98k. Unemployment rate, however, dropped to 4.4%, down from 4.5% and below expectation of 4.6%. That’s the lowest figure in nearly a decade since May 2007. Average hourly earnings showed 0.3% mom growth, in line with consensus. But prior month’s wage growth was revised down to 0.1% mom.

Released from Canada, employment market grew 3.2k in April, well below expectation of 20.0k. Unemployment rate, however, dropped to 6.5%. Canadian dollar is set to end the week as one of the weakest major currencies, just next to Aussie and yen. Free fall in oil price is seen as the main factor driving down the Loonie. WTI crude oil dived to as low as 43.76 earlier today but recovers after drawing support from 44.09 fibonacci level.

OPEC hinted that it is likely for the output cut deal to be extended with the same terms, i.e. reducing production by 1.8M bpd, for 6 months. The market was disappointed as they had hoped for bigger reduction in the "new" deal. The goal of the output cut deal, announced late last year and effective in January 2017, is to rescue the massive selloff of oil prices. However, price performance signal that the cartel has probably lost control. The market is more concerned over the persistent increase in US oil production with the number of US oil rigs hitting a 2-year high last week.

Euro is set to end the week as the strongest major currency. Markets are generally optimistic that pro-EU centrist Emmanuel Macron will win the French election on Sunday. And it’s so overwhelmingly one-sided on such expectation that we have be to cautious on a sell of news reversal on Monday. Macron extended his lead over EU-sceptic far right Marine Le Pen. According to and Elabe poll for BFM TV and L’Express, Macron is set to get 62% of votes in the run-off. And Le Pen will only get 38%. That’s a 24 pts lead, up 3 pts from the last Elabe poll. Macron was also voted as the most convincing one in the last pre-election debate earlier this week. 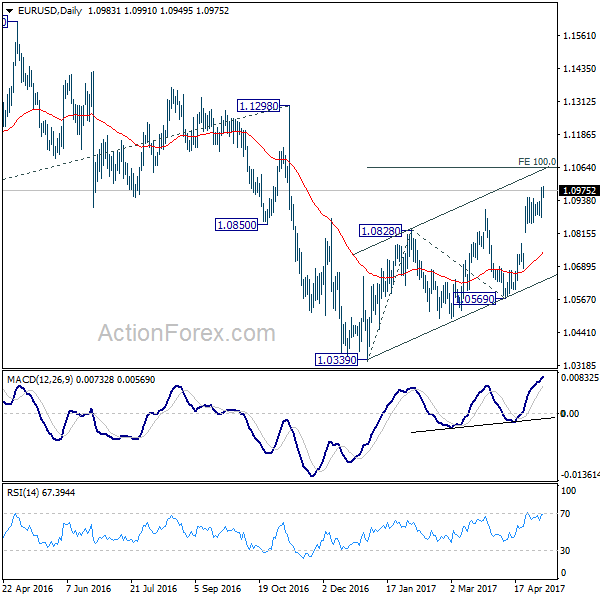 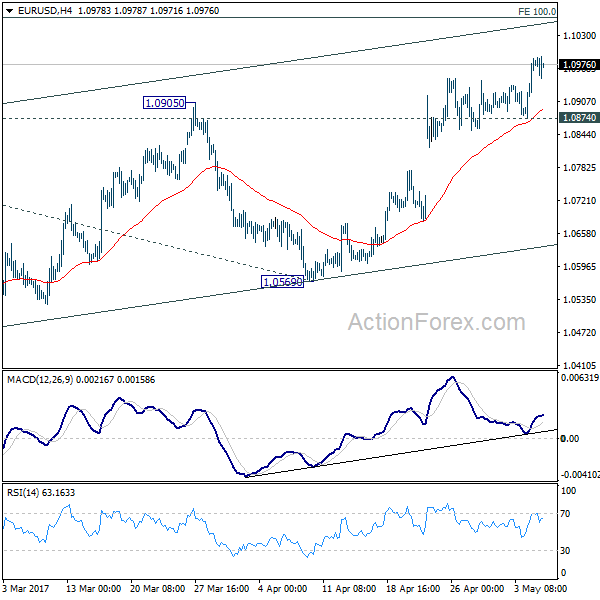