While risk aversion continued in Asian session, volatility cooled mildly. Major pairs and crosses are staying in relatively tight range. Swiss Franc and Sterling are generally higher while commodity currencies are soft. But the picture for the day could easily change. For the week, dusts have little settled. Yen is trading as the strongest one on risk aversion. Euro, as second strongest, is supported by weakness in Dollar and Italy-EU budget deal. Australian Dollar is the weakest one, followed by Canadian and then New Zealand Dollar.

Of the JPY 101.5T, around JPY 2T will be spent specifically to ease the impact from the planned sales tax hike in October 2019, from 8% to 10%. Measures will include shopping vouchers to help low income households.

However, stimulus measures will altogether hit JPY 6.5T, far exceeding the estimated increase in sale tax revenue. Some economists noted that Abe has now set the precedence that rise in tax would actually be delaying fiscal reform.

Nevertheless, Finance Minister Taro Aso emphasized that “we were able to manage both needs of economic revival and fiscal consolidation with this budget.”

Japan national CPI core slowed to 0.9% yoy in November, down from 1.0% yoy and missed expectation of 1.0% yoy.

Later in the day, Canada will release October GDP and retail sales. US will release Q3 GDP final, durable goods orders and PCE inflation. Some more volatility could be seen before weekly close. 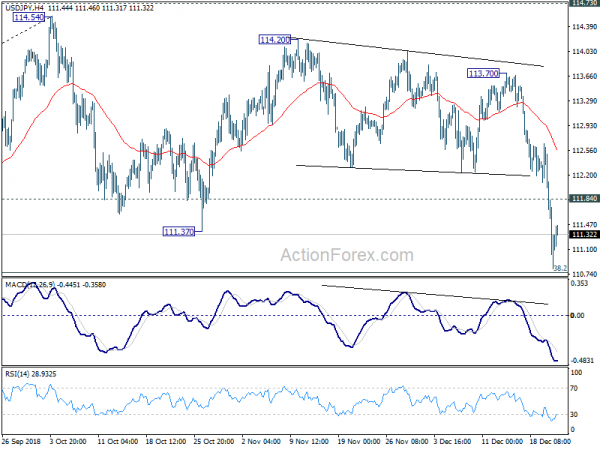 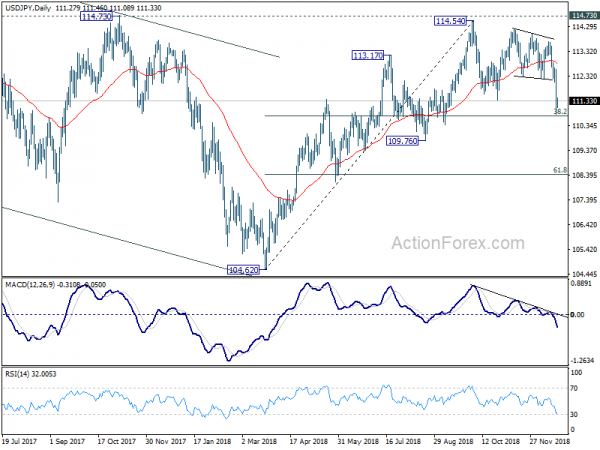