Sterling is staying as the strongest one for the week after UK Prime Minister Theresa May narrowed survived the confidence vote in Commons. Though, there is no follow through buying against Dollar. Upside momentum in the Pound is also relatively weak against Euro and Yen. Traders would probably stay cautious until May tells us what’s next on Monday.

Staying in the currency markets, Dollar and Yen are stronger today while Commodity currencies are generally. But fresh selling is seen in Euro and Swiss Franc as we enter into European session. Persistent worries over Eurozone slowdown, in particular in Germany and Franc, will weigh on Euro, which in turn drags down the Franc.

Technically, USD/CHF is sustaining well above near term falling channel, which carries bullishness implication. Focus will stay on 0.9963 resistance and break will confirm completion of corrective pull back from 1.0128. EUR/USD is on course to 1.1307 support. Break there will be an early sign of larger down trend resumption. USD/CAD is extending the consolidation from 1.3180 temporary low. But near term outlook will remain bearish as long as 1.3323 minor resistance holds. Similar, while AUD/USD is retreating, rebound from 0.6722 could still have another leg up as long as 0.7116 minor support holds.

UK Prime Minister Theresa May won the confidence vote narrowly by 325-306 in the Commons, a day after her Brexit plan was rejected. Now, she has started meeting some party leaders to “find solutions that are negotiable and command sufficient support” from the House. May also plans to return to the House on Monday to “table an amendable motion and to make a statement about the way forward.” And she reiterated the pledge to deliver Brexit.

However, there is no meeting with opposition Labour leader Jeremy Corbyn yet. Corbyn insisted that there will be not talks unless no-deal Brexit is ruled out. His spokesman said “Of course (Labour leader) Jeremy is prepared to meet the prime minister but if we’re talking about substantive talks on how to resolve the crisis over Brexit … then the starting point for that needs to be that no deal comes off the table.”

On prices, most Districts indicated that firms’ input costs had risen due to :rising materials and freight prices”. And, “a number of Districts said that higher tariffs were also a factor.”

BoJ Kuroda: Japan is facing the most aged society in the world

In a keynote speech at the G20 symposium in Tokyo, BoJ Governor Haruhiko Kuroda said Japan is “facing the most aged society in the world.” And he discussed the impacts of aging and declining population on macroeconomy, fiscal conditions and social security systems, and monetary policy and financial system.

On monetary policy market, Kuroda said “As a low interest rate environment persists and credit demands become stagnant amid declining population, banks might accelerate their search-for-yield activities such as expanding their exposures to overseas assets and increasing loans and investments to firms with higher credit risks. If that were the case, the entire financial system could become less stable.”

US RICS house price balance dropped to -19 in December, below expectation of -13. Australia home loans dropped -0.9% mom in November, better than expectation of -1.4% mom. Eurozone will release December CPI final. US will release Philly Fed survey and jobless claims. Housing starts and building permits will miss due to record government shutdown. 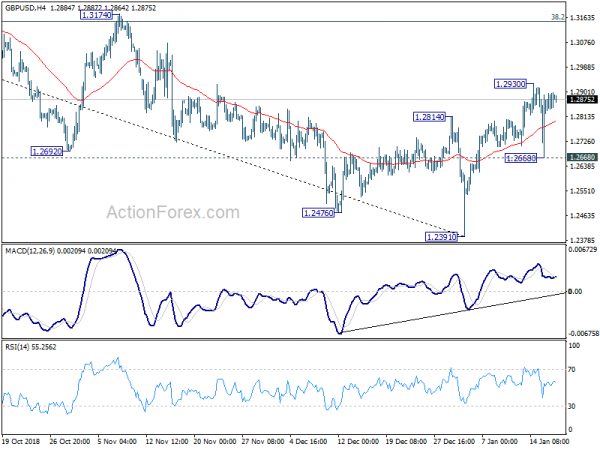 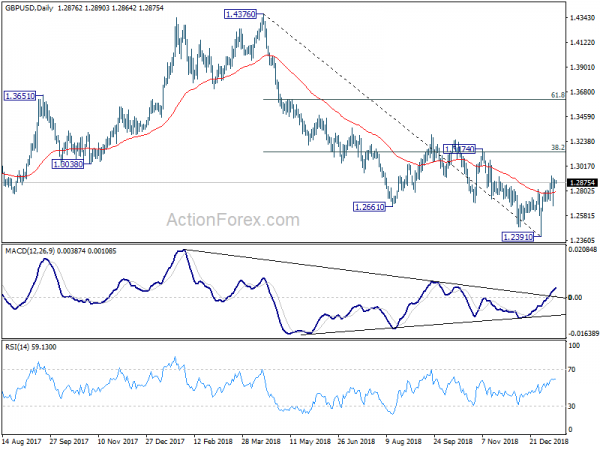