Dollar rebound strongly today after much better than expected job data. 10-year yield also jumps sharply and is currently up 0.083 at 2.022, back above 2% level. DOW futures, on the other hand, tumble notably. Analysts reactions regarding to the data are divided. Some are more aligned with fed fund futures pricing and are still expecting a rate cut later this month. But some like us, expect that the data is enough for Fed to hold their hands first. We’d argue, with trade war escalation averted and no deep deterioration in data, Fed policymakers would better hold their bullets for now.

US non-farm payroll report showed 224k growth in the job market in June, notably above expectation of 164k. Prior month’s dismal figure was revised slightly down from 75k to 72k. Employment growth has averaged 172,000 per month thus far this year, compared with an average monthly gain of 223,000 in 2018. In June, notable job gains occurred in professional and business services, in health care, and in transportation and warehousing.

Canada employment contracted -2.2lk in June, below expectation of 10.0k. Unemployment rate rose to 5.5%, up from 5.4% but matched expectations.

German factory orders dropped sharply by -2.2% mom in May, much worse than expectation of -0.1% mom. Looking at some details, domestic orders increased by 0.7% mom but foreign orders plunged -4.3% mom. New orders from Eurozone dropped -1.7% mom while orders from other countries dropped -5.7% mom.

Japan overall household spending rose 4.0% yoy in May, well above expectation of 1.40% yoy. That’s the fastest pace in four years since May 2015. The results argued that pickup in consumption could help offset some weakness in external demand in Q2.

However, spending ahead could be weighed down by sluggish wage growth ahead. Sentiments could also weaken on uncertainty over economic outlook, due to trade war. Additionally, the scheduled sales tax hike could also have negative impacts on spending. For now, Prime Minister Shinzo Abe is holding on to the plan to raise sales tax to 10% this October.

BoJ Deputy Governor Masayoshi Amamiya told a Reuters Newsmaker event today that the baseline scenario is that “economy will continue to expand moderately and gradually push up inflation to our target”.

He added that “The output gap is still positive. More companies are raising prices. If this trend continues, people’s perception of future price moves will change. At present, the momentum (for inflation to hit 2%) is sustained.”

Though, he also warned of various downside risks. And he emphasized “if such risks hurt the economy’s momentum to achieve our price target, we won’t hesitate to consider easing more.” 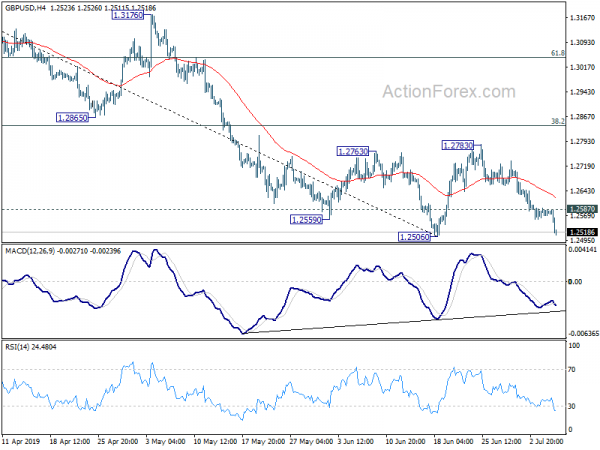 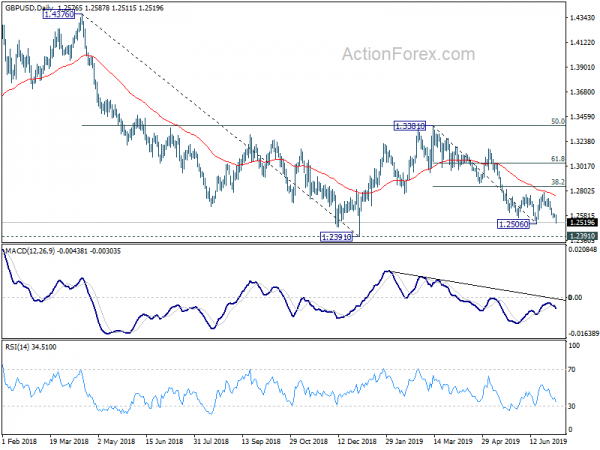 An Early Read on the Coronavirus Risk