Strong risk appetite boosted US markets to new record highs overnight. DJIA jumped 303.31 pts, or 1.46%, to close at 21115.55. S&P 500 rose 32.32 pts, or 1.37%, to close to 2395.96. NASDAQ also gained 78.59 pts, or 1.35%, to end at 5904.03. All three indices closed at records. Positive sentiments also pulled treasury yields higher with 10 year yield rose 0.105 to close at 2.463 and revived underlying bullishness. Dollar was boosted by increased speculation of March Fed hike as the Dollar index hitting at high at 101.97. The break of 101.76 in the dollar index confirmed resumption of recent rebound from 99.23. However, development in the currency markets doesn’t warrant decisive momentum in the greenback yet. EUR/USD is held above 1.0493 support, AUD/USD above 0.7605 support. USD/CHF is limited below 1.0140 resistance and USD/JPY is held below 114.94 resistance. The strength in the greenback is more apparent in GBP/USD and USD/CAD only. More evidence is needed to confirm bullishness in the greenback.

Markets continued to raise bet on a rate hike by Fed in March. Fed fund futures are now pricing in 66.4% chance of it, comparing to 65.4% a day ago. Fed governor Lael Brainard said yesterday that "we are closing in on full employment, inflation is moving gradually toward our target, foreign growth is on more solid footing and risks to the outlook are as close to balanced as they have been in some time." She noted "bear-term risks to the United States from abroad appear to have diminished." And, "recoveries are gaining traction in China, Europe and Japan, in part reflecting greater confidence in their respective policy environments." Hence, "assuming continued progress, it will likely be appropriate soon to remove additional accommodation, continuing on a gradual path."

Fed released the Beige Book economic report based on information collected from early January through mid February. The reported noted that some district reported "widening labor shortages." At this point, wages only rose "modestly or moderately" though, in general. A few districts reported "some pickup in the pace of wage growth." Meanwhile, "businesses were generally optimistic about the near-term outlook but to a somewhat lesser degree than in the prior report." Overall, all 12 Fed districts reported "modest-to-moderate" growth and inflation cooled a little bit.

As widely anticipated, BOC kept its monetary policy unchanged with the overnight rate at 0.5%, the Bank rate at 0.75% and the deposit rate at 0.25%. The central bank acknowledged that both global and domestic economic indicators were consistent with its projection of improving growth laid out in January. It also note Canadian growth in 4q16 came in ‘slightly stronger than expected’. However, policymakers maintained a cautious tone noting that ‘material excess capacity’ remained and that the central bank is ‘attentive to the impact of significant uncertainties weighing on the outlook’. Therefore, the risks and slacks in the economy justified leaving the policy rate at exceptionally low level. 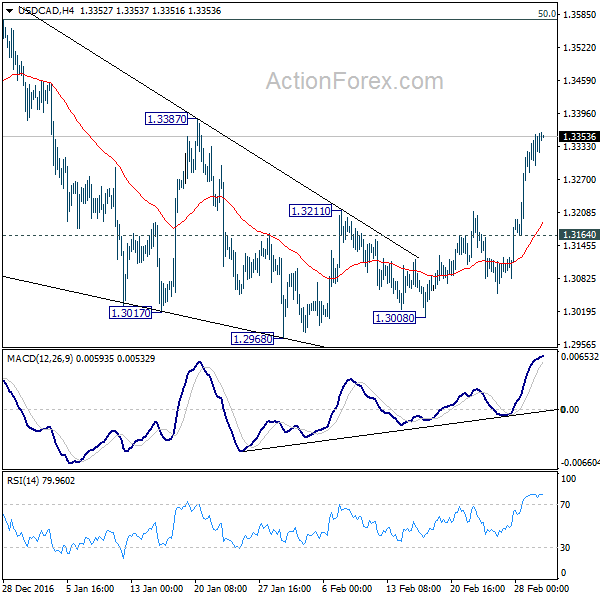 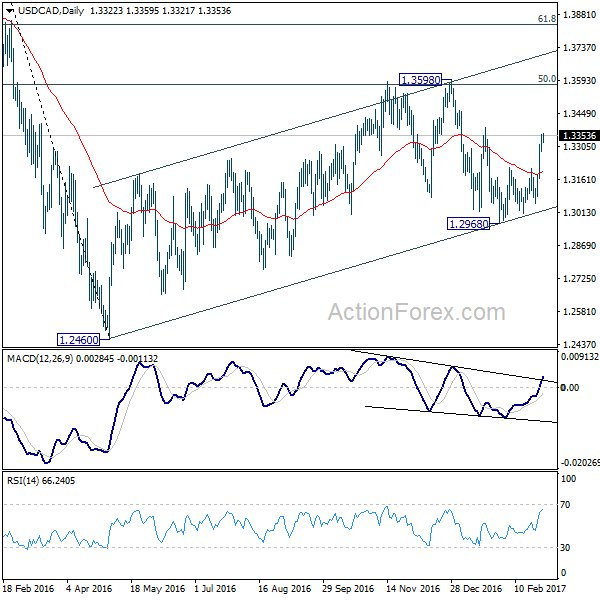