Dollar Mixed as Retail Sales Offset By Other Weak Data

Dollar is mixed for today as markets head toward weekly close. Economic data from the US are generally disappointing, but sentiments seemed to be lifted by comments regarding US-China trade deal. Global stock markets also stabilized while US equities are set to extend record run. For the week, New Zealand Dollar remain the strongest one, followed by Sterling and then Swiss Franc. Australian Dollar is the weakest, followed by Canadian and then Dollar.

Technically, the markets are reversing earlier moves in general. EUR/USD formed a temporary low at 1.0989 and recovers notably today. EUR/JPY also recovers notably ahead of 119.11 support. EUR/GBP, however, remains weak and is on track to 0.8472 support.

Empire State Manufacturing Index dropped to 2.9, down from 4 and missed expectation of 6.1. “The general business conditions index was sluggish for the sixth consecutive month”.

New Zealand BusinessNZ Performance of Manufacturing Index improved drastically to 52.6 in October, up from 48.8. It’s now back in expansion after three months of contraction from July to September. Production rose notably from 46.6 to 52.6. New Orders also jumped from 50.9 to 56.2. But Employment stayed sluggish, up from 50.1 to 50.2.

BusinessNZ’s executive director for manufacturing Catherine Beard said: “After a five month period of both lacklustre and negative growth, the pick-up in both new orders and production put the sector back on track. If the remaining two months for 2019 are to keep up the momentum, it is important these key sub-indexes remain positive to finish the year on a more upbeat note.

However, BNZ Senior Economist, Doug Steel said that “the October PMI is hardly what you would call strong. But it is certainly much better than the previous three months where the index languished below 50 which indicated a sector going backwards”. 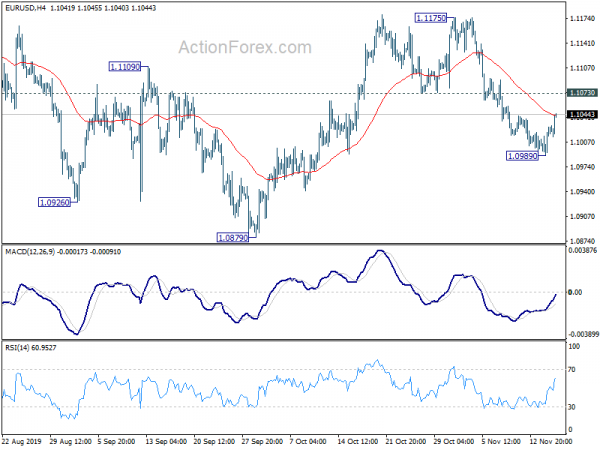 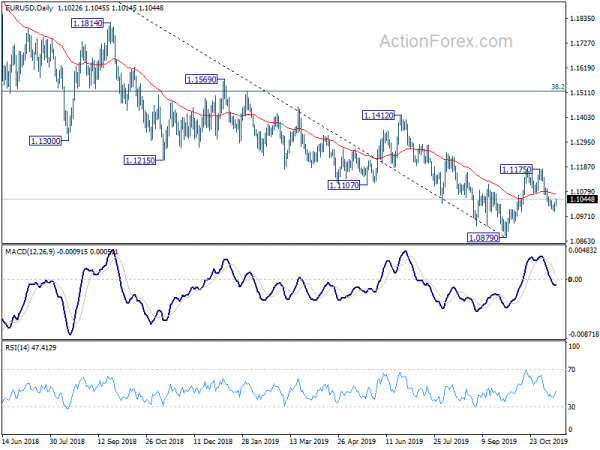