Dollar remains the weakest one for the week as markets head towards weekly close. The greenback was weighed down by a string of weaker than expected economic data. Additionally, as December 15 natural deadline looms, it’s still uncertain whether US and China could complete the phase one trade deal to avert next round of tariffs. The greenback will need some very solid job data from non-farm payrolls to reverse this week’s decline.

Staying in the currency markets, Euro and Yen are currently among the weakest for the week. Canadian Dollar staged a strong rebound as BoC comments lowered the chance of rate cut. But the Loonie is still trading lower for the week against all but Dollar. On the other hand, Sterling and New Zealand Dollars are the strongest ones, followed by Swiss Franc.

US Non-Farm Payrolls report will be the major focus today. Markets are expecting 183k job growth in November. Unemployment rate is expected to be unchanged at 3.6%. Average hourly earnings growth is expected to pick up to 0.3% mom. Dollar dropped sharply this week as poor ISMs pointed to weaker outlook ahead, and revived speculation of Fed cut next year. A strong set of NFP data today is needed to reverse the greenback’s fortune. Otherwise, selloff might accelerate further.

Current development now raised the chance that Dollar index’s recovery from 97.10 was only a corrective rise, and has completed at 98.39. Next focus will be 97.10 support. Break there will also have 55 week EMA firmly taken out. In that case, a medium term should be confirmed at 99.66. And, a medium term correction should at least be started towards 38.2% retracement of 88.30 to 99.66 at 95.32. 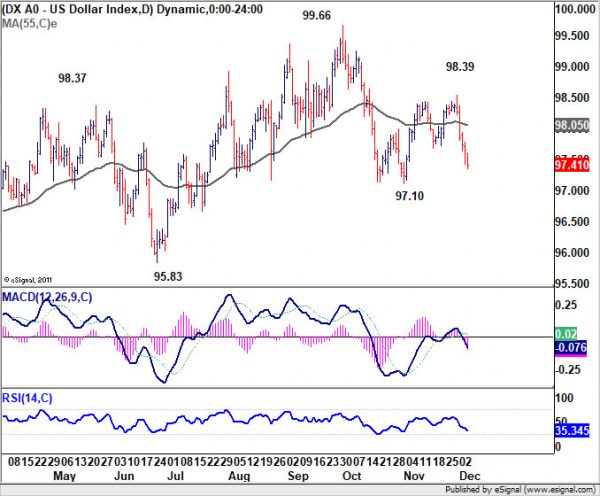 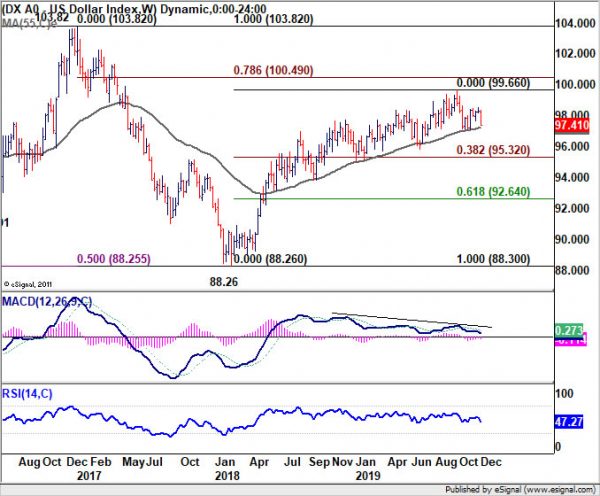 A batch of economic data is released from Japan today. Overall household spending dropped -5.1% yoy in October, worse than expectation of -3.0% yoy. The decline in spending was the first time in 11 month, and biggest fall since March 2016. It’s also a sharp reversal from the 9.5% rise in September, fastest growth on record.

Apparently, the September and October figures were results of the sales tax hike in October, from 8% to 10%. Additionally, impacts from typhoon also accelerated the decline in spending. Overall spending might contract as a whole Q4, before some moderate pick up in Q1.

Australia AiG Performance of Construction Index dropped to 40.0 in November, down from 43.9. The result indicates sharper decline in the construction industry on aggregate. It’s also the 15th straight month of contractionary reading. As AiG said, “this on-going weakness in business conditions was associated with a steeper fall in employment and a continued reduction in deliveries from suppliers.” 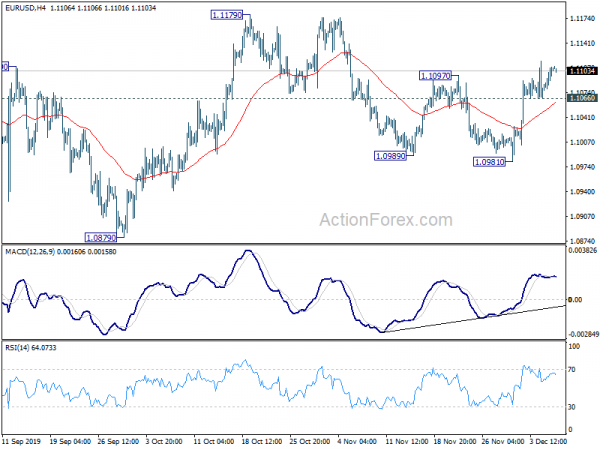 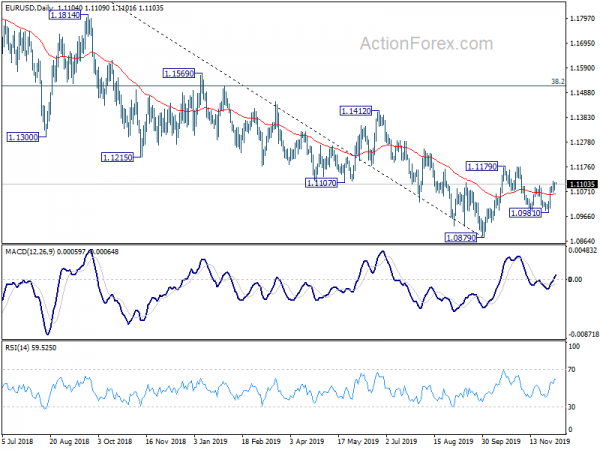