Trading in the forex markets is generally quiet in Asian session. Sterling’s broad based recovery suggests that last week’s steep pull back could have completed. Yen crosses are also mildly firmer on optimism over US-China trade deal. These two developments would be the focuses for the rest of the holiday week. Meanwhile, WTI crude oil and gold strengthen quite notably and are worth some attentions too.

Technically, 1.3079 minor resistance in GBP/USD, 143.05 minor resistance in GBP/JPY and 0.8476 minor support in EUR/GBP would be watched. Break will indicate completion of recent pull back in the Pound. USD/JPY recovered after drawing support from 4 hour 55 EMA. Focus will be back to 109.72 resistance and break will resume larger rally from 104.45. That could take other Yen crosses higher too.

China’s import of US soybeans surged to 2.6m tonnes in November, hitting the highest level since March 2018. That compared to 1.1m tonnes in October and virtually zero from a year ago. On the other hand, soybean shipments from Brazil was nearly unchanged at 3.9m tonnes, comparing to 3.8m tonnes in October, but down -24% from 5.1m tonnes last year.

Agricultural purchases by China is set to rises further as the US and China are set to sign the phase one trade deal soon, likely in January. US President Donald Trump said on Tuesday that “we will be having a signing ceremony, yes. We will ultimately, yes, when we get together. And we’ll be having a quicker signing because we want to get it done. The deal is done, it’s just being translated right now.”

Chinese Foreign Ministry spokesman Geng Shuang said on Wednesday, “both sides’ economic and trade teams are in close communication about detailed arrangements for the deal’s signing and other follow-up work.”

WTI’s corrective rise sets to extend, for a short while

WTI crude oil jumps notably in Asian session today and it’s now back above 61 handle. With strong support seen from 4 hour 55 EMA, current rebound should be setting the stage for resumption of whole rise form 50.86, through 61.38 temporary top. 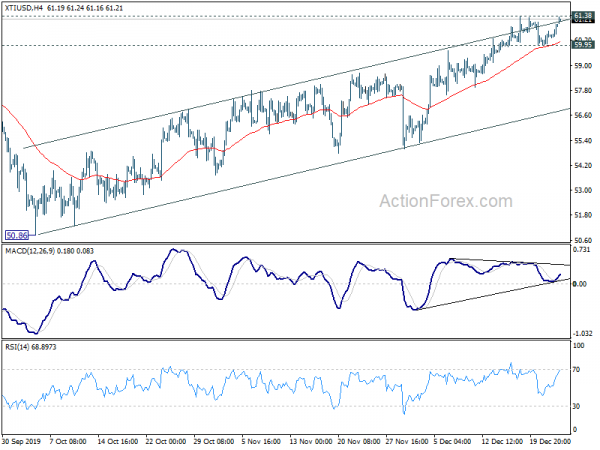 However, we’d reiterate our view that such choppy rise from 50.86 should be corrective in nature, as part of the pattern that started back at 66.49. At this point, we don’t expect We don’t expect strong pick up in upside momentum with the next move.

Indeed, WTI shouldn’t sustain above channel resistance for now and upside should be limited below 63.04 resistance. Meanwhile, break of 59.95 support should indicate short term topping and at least bring test on channel support (now at 56.83). 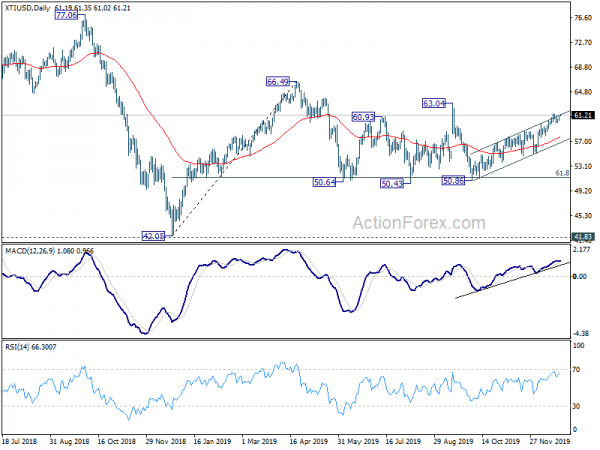 Gold ready to resume up trend through 1557, to target 1625 projection level 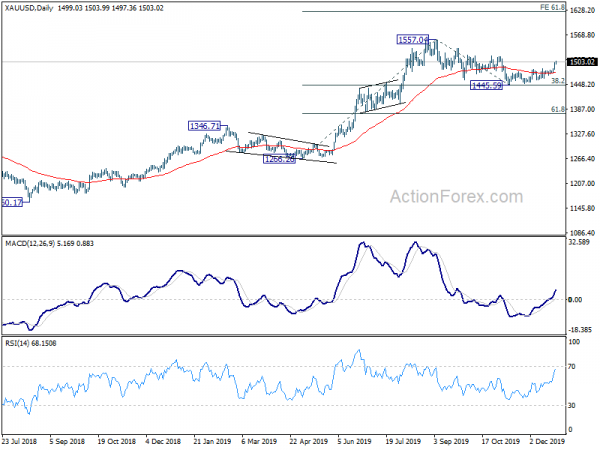 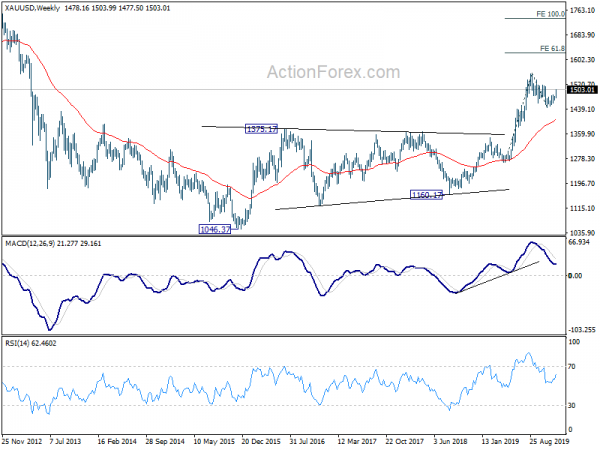 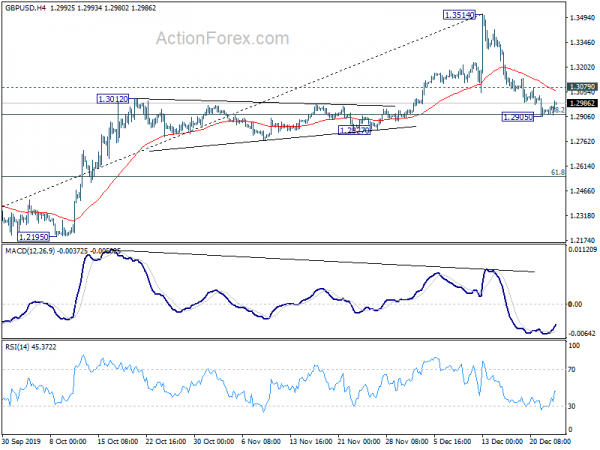 In the bigger picture, rise from 1.1958 medium term bottom expected to extend higher to retest 1.4376 key resistance. Reactions from there would decide whether it’s in consolidation from 1.1946 (2016 low). Or, firm break of 1.4376 will indicate long term bullish reversal. In any case, for now, outlook will stay bullish as long as 1.2582 resistance turned support holds. 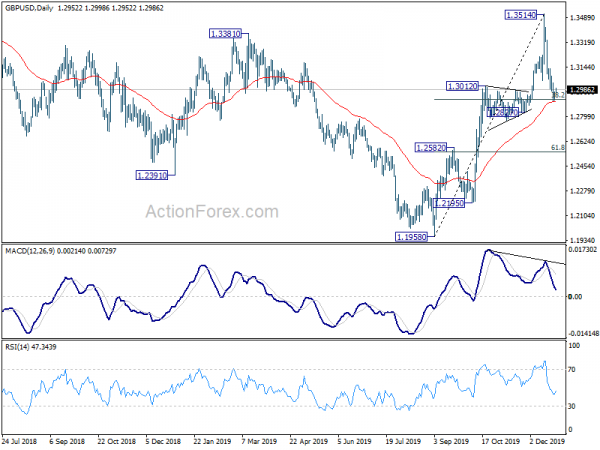