Commodity currencies are extending this week’s rallies on strong risk appetite, with US stocks continuing record runs. Solid gains are also seen in oil price and gold. New Zealand and Australian Dollars are set to end as the strongest ones for the week. On the other hand, Yen and Dollar are the weakest ones

Technically, AUD/USD broke 0.6938 resistance to resume whole rebound from 0.6670. Next target is 0.7013 projection level. AUD/JPY is also set to test 76.28 key resistance and break will carry larger bullish implications. USD/CAD is a focus today as it would test 1.3102 temporary low. Break will resume fall from 1.3327 to retest 1.3042 key support level.

US stocks extended record run in holiday trading this week, with all three major indices closing at new record highs. S&P 500’s rally in the past two week is impressive, with strong pick up in upside momentum. Long term channel resistance was taken out without much hesitation. 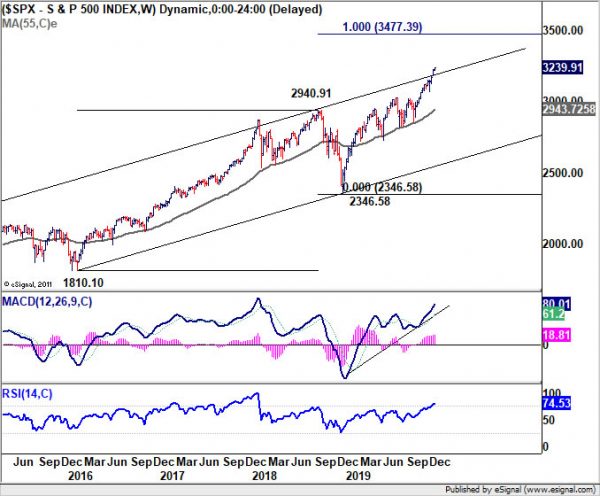 NASDAQ also extended recent up trend and closed above 9000 level for the first time. It’s now facing long term channel resistance. Considering that equivalent resistance was taken out by S&P 500 rather decisively, we’d expect NASDAQ to follow soon. NASDAQ should be heading to 100% projection of 4209.76 to 8133.30 from 6190.17 at 10113.71. 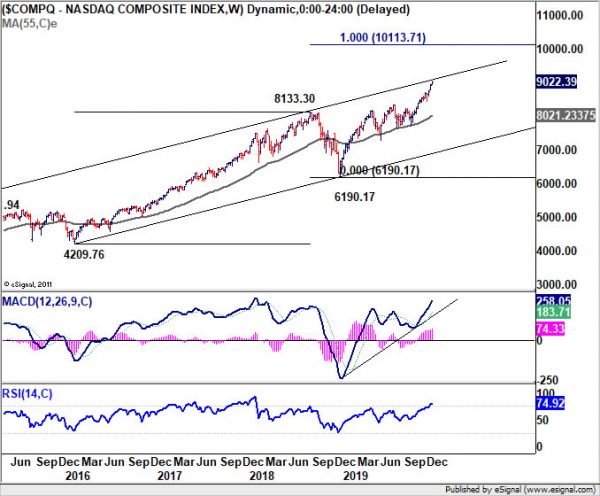 BoJ: May need to expand QQE after consumption tax hike, just like 2014

In the Summary of Opinions at BoJ’s December 18-19 meeting, it’s noted there has been “no further increase” in the possibility that momentum toward achieving price target will be lost. Therefore, maintaining the current guidelines for market operations and asset purchases is “appropriate”.

Nevertheless, downside risks to economic activity and prices “continue to warrant attention”, mainly regarding overseas developments. And it’s appropriate to maintain a stance of being “tilted toward monetary accommodation”. With risks “skewed to the downside” BoJ should continue to examine “whether additional monetary easing will be necessary”.

In particular, it’s noted that BoJ expanded QQE around half a year after the previous consumption tax hike in 2014. “It may become necessary to conduct further monetary easing this time as well”.

Economic data released from Japan showed strain in both the business and consumer sides of the economy. Industrial production dropped for the second month in a row, by -0.9% mom in November. Though, that came in better than expectation of -1.4% mom. Back in October, production dropped -4.5% mom, largest month-on-month decline since 2013. Both months’ data pointed to sharp contraction in factory output in Q4.

Meanwhile, retail sales dropped -2.1% yoy in November too, worse than expectation of -1.7% yoy. Back in October, sales dropped sharply by -7.1% as sales tax hike took effect, worst since 2015. Sales had clearly not recovered yet and is poised to have a weak quarter too. 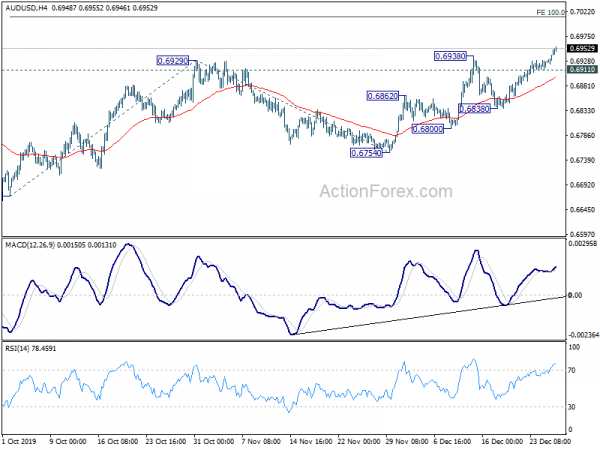 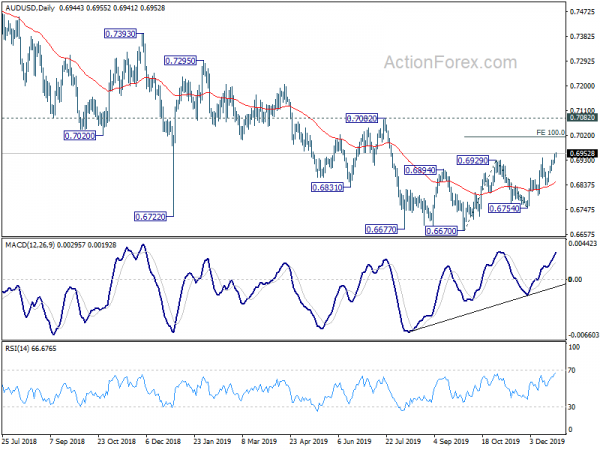