Dollar is set to end the week as the week as the worst performing as corrections in the financial markets extend. Asian indices are generally higher following another day of strong close in the US overnight. Yen follows Dollar as the second weakest naturally as risk aversion eased. Meanwhile, Sterling is surprisingly the strongest one for now, followed by Australian Dollar and then New Zealand. Gold is staying firm above 1500 handle for now while WTI crude oil is in range above 20.40 temporary low.

Technically, Dollar broke near term support levels against Euro, Sterling and Swiss Franc. The development suggests that deeper correction is likely underway. It’s still early to tell if the greenback is reversing but the case is opened up. 106.75 minor support tin USD/JPY could provide an early indication of more weakness in the greenback. On the other hand, break of 1558 support in gold could hint that Dollar is coming back.

Strong rebound in US stocks continued overnight with DOW wrapped up its strongest three-day rally since 1931. At the same time number of confirmed coronavirus cases in the US surged through China, and Italy, as the pandemic worsens. Total infections now reached 85,594, versus 81,340 as “reported” in China and 80,589 in Italy. Coronavirus deaths in the US hit 1,300, relatively low comparing to Italy’s 8,215, Spain’s 4,365 and China’s “reported” death of 3,292.

New York state is hardest hit with 38,977 infections and 466 deaths. New Jersey (6,876), California (4,044), Washington(3,207) and Michigan (2,856) are quite far behind. New York Governor Andrew Cuomo warned, “any scenario that is realistic will overwhelm the capacity of the healthcare system.” The projected shortfall in ventilators is “astronomical” according to Cuomo. 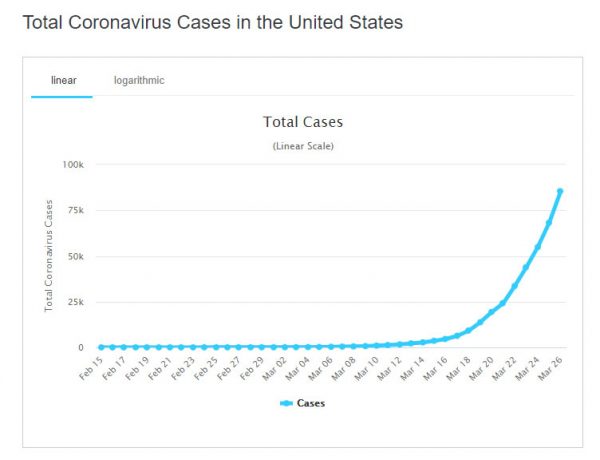 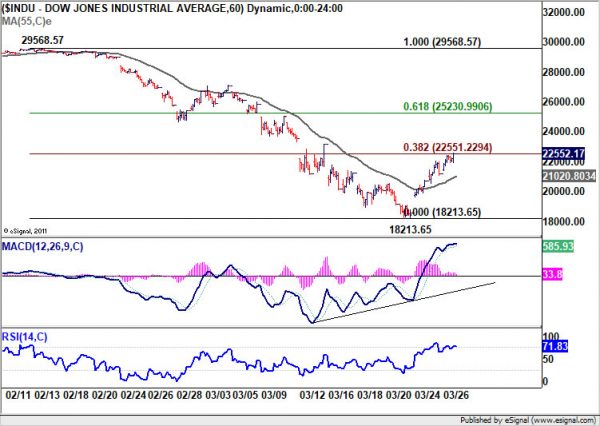 EU divided on using coronabonds to fight the pandemic crisis

EU leaders failed to agree on a coordinated coronavirus response yesterday after marathon debates. European Council President Charles Michel admitted after the meeting that “We had tonight a very strong political debate. It was a useful debate, it was a necessary debate.,”

The major division centered around the idea of a “European recovery bond” or “coronabonds” as pushed forward by Italy. France, Spain and seven other member stated backed using EU debt to lift members out of a recession and increase spending on healthcare.

But that was rejected by Germany and the Netherlands. German Chancellor Angela Merkel insisted that coronabonds is “not the point of view of all member states”. And, “ESM is the preferred instrument for me.” Dutch Prime Minister Mark Rutte said the ESM would be the “last resort”, and the Hague would not back joint debt.

Japan Tokyo CPI core slowed to 0.4% yoy in March, down from 0.5% yoy, matched expectations. US will release February personal income and spending later today, together with PCE inflation. 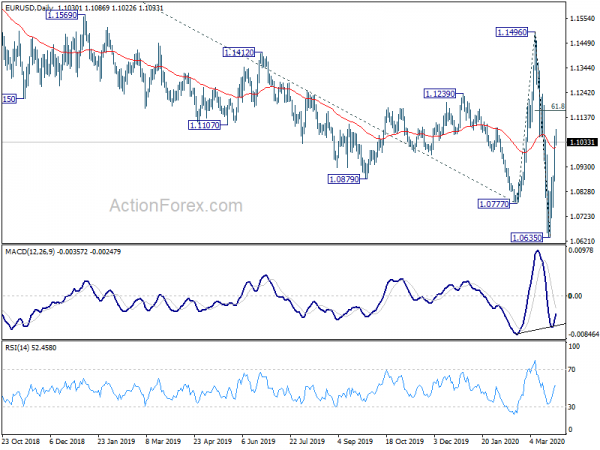