Markets are generally directionless in Asian session today. Strong rebound in China PMIs somewhat fails to lift sentiments. As the origin of the coronavirus pandemic, China could be the first country to come out of it. Yet, one month of data is insufficient to confirm recovery, as the world is still under severe health and lockdown impacts. Trading in the currency markets is also subdued. Australian and New Zealand are currently the stronger ones, followed by the greenback. Sterling is the weaker one, followed by Yen. But the picture could easily change.

Trump: Coronavirus guidelines may toughen up a little bit

US continues to top the coronavirus cases chart with over 160k confirmed cases now (3165 deaths). President Donald Trump said that there were more than 1 million Americans tested, which is a milestone. He indicated that there were discussion in the White House regarding a national stay-at-home order. However, It’s “pretty unlikely, I would think, at this time”, as some parts of the country are “frankly not in trouble at all”. “The guidelines will be very much as they are, maybe even toughened up a little bit,” he also indicated.

Separately, Trade Representative Robert Lighthizer told G20 trade ministers that “over-dependence on other countries as a source of cheap medical products and supplies has created a strategic vulnerability to our economy”. “For the United States, we are encouraging diversification of supply chains and seeking to promote more manufacturing at home.”

ANZ said: “Times are grim. We’ve never seen such a broad economic shock strike with such ferocity. Firms are right to be alarmed. Both fiscal and policy are leaping into action but a severe recession is guaranteed… It’s going to get worse before it gets better, and firms know that. Rock-bottom confidence is the symptom, not the cause, of the woes in the New Zealand (and global) economy.”

Japan’s coronavirus outbreak remains relatively contained so far, but number of cases would likely break 2,000 handle this week. Economy Minister Yasutoshi Nishimura, insisted that there is no need to declare a state of emergency for now. He also warned of the “huge” impact on the economy with a lockdown of major cities like Tokyo and Osaka.

On the other hand, Foreign Minister Toshimitsu Motegi urged Japanese not to travel to 73 countries and regions, around a third of the world. “Level 3” travel warnings were issued against the US, Canada, China, South Korea, UK as well as many countries in Europe. Also, he indicated that the government will likely ban entry of non-Japanese nationals from the newly added countries, as with others.

China PMIs back in expansion, but observations needed to confirm return to normal

The report said the region is witnessing an “unusual combination of disruptive and mutually reinforcing events.” “Significant economic pain seems unavoidable in all countries.” “Containment of the pandemic would allow for a sustained recovery in the region, although risks to the outlook from financial market stress would remain high.”

UK will release Q4 GDP final and current account in European session. Swiss will release retail sales. Germany will release import price index and unemployment. Eurozone will release CPI flash. Later in the day, Canada GDP, RMPI and IPPI, US house price, Chicago PMI will be featured. But major focus would be Conference Board consumer confidence. 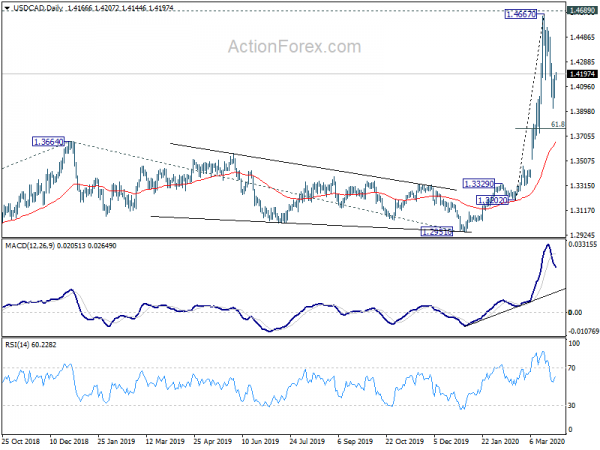