Yen pared back some gains and turned mixed as risk aversion recedes. Dollar also trades mixed as traders await fresh directions. On the other hand, commodity currencies recovered in general and sentiments stabilized. Mild weakness is seen in Sterling into European session but that’s yet to be confirmed. In other markets, Nikkei stays soft for most of the day and ended down -0.18% at 19344.15. That followed profit taking pull back in US overnight as DJIA closed down -0.24% at 20954.34. Gold stabilized at around 1225 and turned sideway after dipping from 1264.9 since last week. WTI crude oil also stabilized at around 53.

RBA left the cash rate unchanged at 1.50% as widely expected. Policymakers turned more upbeat on the economic outlook. as noted in the accompanying statement, "most measures of business and consumer confidence are at, or above, average", whilst "consumption growth was stronger towards the end of the year, although growth in household income remains low". The statement, however, added that "with growth in labour costs remaining subdued, underlying inflation is likely to stay low for some time". RBA also mentioned that the Fed is "expected to increase further" and it is less likely for other major central banks to add more monetary policy easing. More in RBA Maintains Neutral Bias In March. Fed Funds Rate Hike Alleviates Pressure On Aussie Appreciation 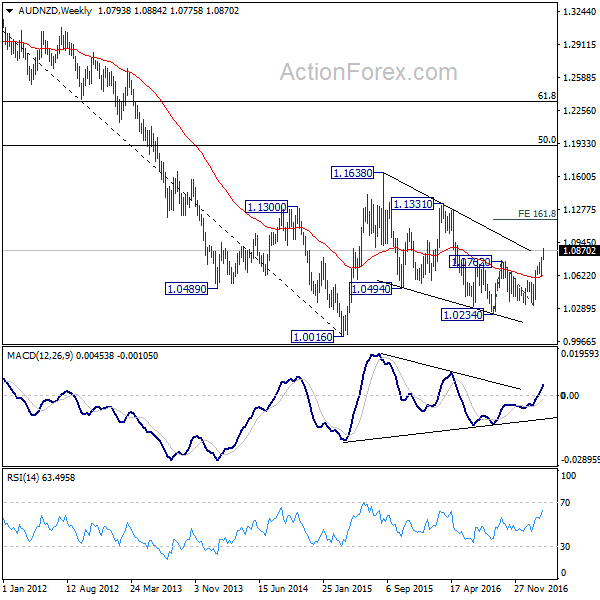 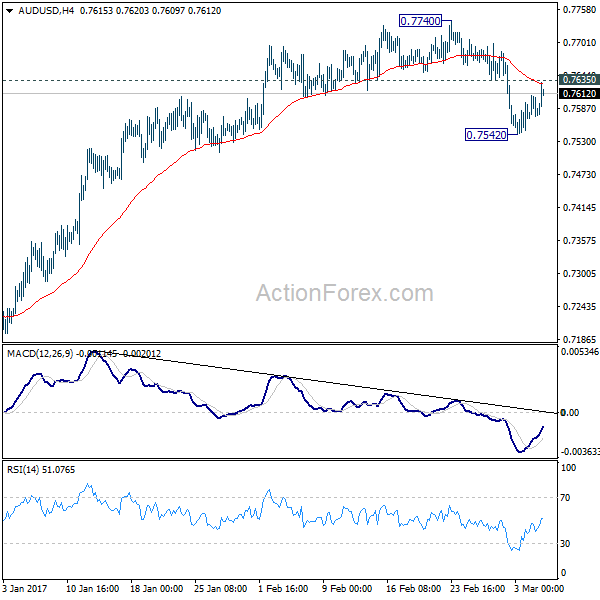 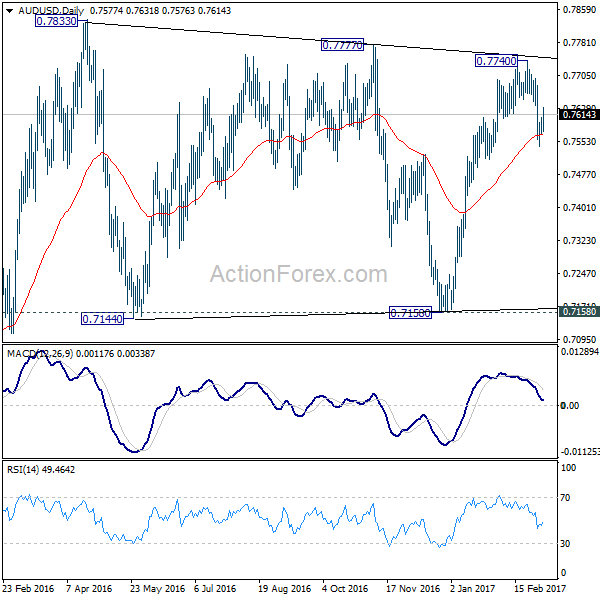