While Euro rises initially today it’s starting to be overwhelmed by Sterling and Swiss Franc entering into US session. Words from officials regarding the talks of EU recovery fund were positive. European Commission President Ursula von der Leyen said the leaders showed “clear will to find a solution” and “things are moving in the right direction”. German Chancellor Angela Merkel also said there’s “hope that an agreement can be reached today.” But traders seem to be getting impatient. For now, Sterling is is the strongest. Yen, Dollar and Australian Dollar are the worst performing. 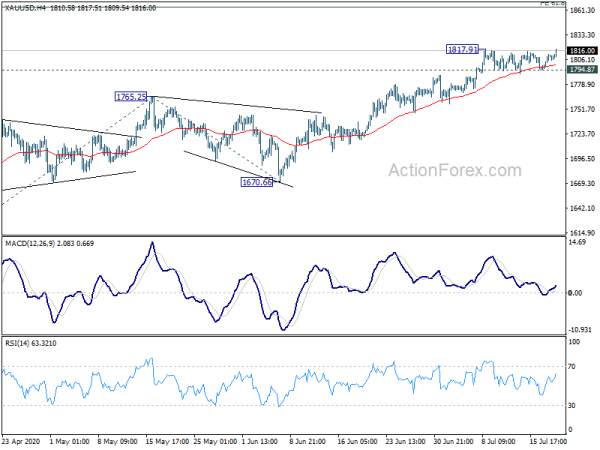 ECB Vice President Luis de Guindos said “high frequency data, most recent data that the ECB is receiving shows that drop in Q2 likely to be better than expected.” The central bank had expected -13% contraction in Q2’s GDP. But he now sees contraction “slightly better”. He also hoped that “European governments response is proportionate to the challenge.”

The set of data suggests that exports would remain weak in Q3, as coronavirus pandemic carries on. Weak external demand could drag the Japanese economy into a more prolonged and deeper recession. BoJ Governor Haruhiko Kuroda said last week that the economic would continue to improve gradually in H2. But as he said, risks are clearly skewed to the downside for the export-led economy.

New Zealand Finance Minister Grant Robertson said today that the country’s economy is “doing better than expected and is more open than anywhere else in the world”. Yet, “as we look around the world, it is clear that this global pandemic is continuing to grow.” In the face of ongoing uncertainty, “now is the time to be cautious and keep our powder dry.”

Robertson announced to set aside the remaining NZD 15B of the NZD 50B Covid-19 Response and Recovery Fund, with no plans to spend it ahead of the election. “We are setting aside a significant sum of money to be used as needed in the future,” he added.”This is the fiscally and socially responsible thing to do.”

“We are doing everything we can to keep Covid-19 at our border – nobody wants a second wave. The responsible course of action is to make sure we are prepared for the worst – to give confidence to New Zealanders that we will be able to continue to act swiftly and decisively in our ongoing fight against this virus,” Robertson said.

GBP/USD rebounds strongly today but stays below 1.2669 temporary top. Intraday bias remains neutral for the moment. On the upside, break of 1.2669 will resume the rebound from 1.2251 to 1.2813 high next. On the downside, though, break of 1.2480 minor support will turn bias to the downside for retesting 1.2251 support. 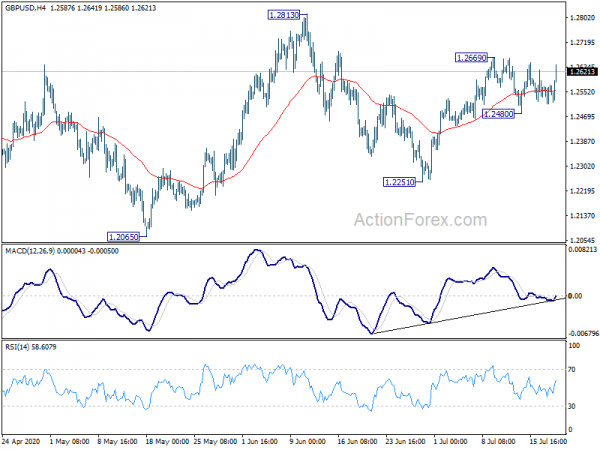 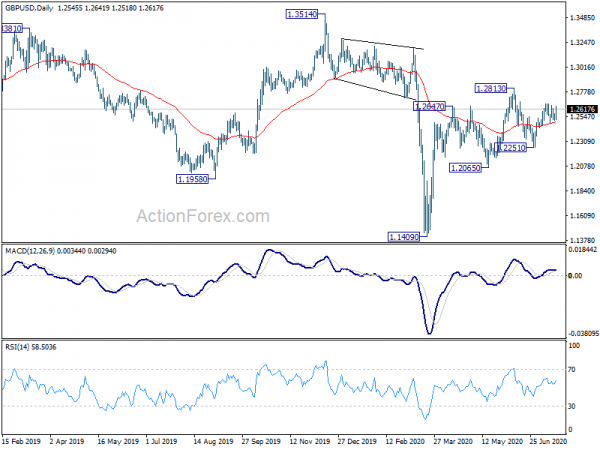