Sterling weakness remains the unified theme in the markets this week. The Pound remain under pressure in Asian session today while recovery attempt was brief and weak. As for the week, Canadian Dollar is currently the second weakest, in tandem with the sharp decline in oil price. Swiss Franc and Yen are the strongest so far, with help from risk aversion. Dollar and Euro are markets. There is no follow through buying in Euro after that post ECB bounce. Dollar is also hesitating to take a clear direction.

Technically, US stocks could be the main focus before weekly close. NASDAQ’s 01.99% decline overnight dragging it back to key support zone between 55 day EMA and 23.6% retracement of 6631 to 120734. A firm break there would confirm that fall from 12074 is actually corrective the whole rise from 6631. Deeper fall could then be seen to 38.2% retracement at 9994.97 at least. In that case, risk aversion should stay for a longer while, providing some extra lift to Yen and Dollar.

In a blog post, ECB Chief Economist Philip Lane said “recent appreciation of the euro exchange rate dampens the inflation outlook.” “Headline inflation is expected to remain persistently low over the medium term, notwithstanding a gradual pick-up over the projection horizon.”

“Inflation remains far below the aim and there has been only partial progress in combating the negative impact of the pandemic on projected inflation dynamics,” he added. “Moreover, the outlook remains subject to high uncertainty and the balance of risks continues to be tilted to the downside.”

UK GDP grew 6.6% mom in July, just slightly below expectation of 6.7% mom. It’s the third consecutive of increase in GDP. But only around half of the pandemic loss was recovered so far. Also, monthly GDP in July was -11.7% lower than the pre-pandemic levels seen in February.

ONS director of economic statistics Darren Morgan said: “While it has continued steadily on the path towards recovery, the UK economy still has to make up nearly half of the GDP lost since the start of the pandemic…. All areas of manufacturing, particularly distillers and car makers, saw improvements, while housebuilding also continued to recover. However, both production and construction remain well below previous levels.”

Japan Foreign Minister Toshimitsu Motegi indicated he will speak to UK Trade Minister Liz Truss today to conclude the post-Brexit trade agreement. That, if agreed, would come just before Prime Minister Shinzo Abe steps down on September 15 for health reason.

The bilateral trade agreement is expected to largely replicate the Japan-EU agreement. UK expects to deal to increase trade with Japan by around GBP 15B a year in the long run.

New Zealand BusinessNZ manufacturing dropped back to 50.7 on lockdown return

BusinessNZ’s executive director for manufacturing Catherine Beard said, “After two months of playing catch-up, the level 3 lockdown placed on New Zealand’s largest population and economic region meant the sector would experience another hit. While results in other parts of the country led to the national result keeping its head above water, the latest results show how fragile and short the recovery can be.”

BNZ Senior Economist, Doug Steel said that “an outcome above the 50 breakeven mark – indicating a modicum of growth occurred in the month – is arguably a commendable result given more than a third of the country moved into alert level 3 for more than half of the month.”

Germany CPI was finalized at -0.1% mom, 0.0% yoy in August. US CPI will be a major focus for today. Canada will release capacity utilization. 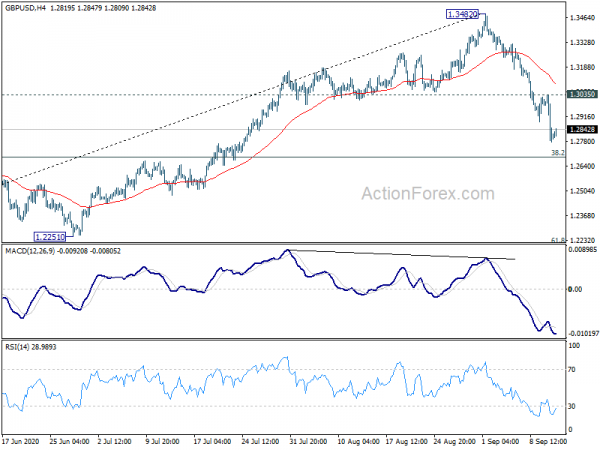 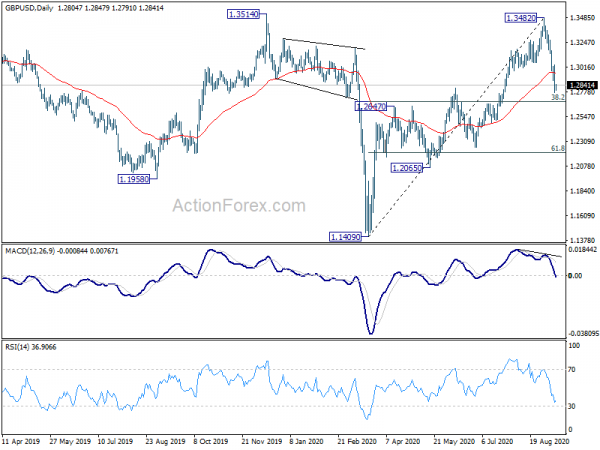 US Equities Return To Growth On Stimulus Hopes

EU Indices Try To Rebound | TA On Smith And Nephew