Canadian Dollar rises broadly in early US session, with the help from better than expected GDP data. Euro is also firmer on German and French GDP data. While markets are back in risk-off mode, Yen, and to a lesser extent Dollar and Swiss Franc, turn softer. As for the week, Sterling and Kiwi are currently the strongest, while Yen and Aussie are the weakest. 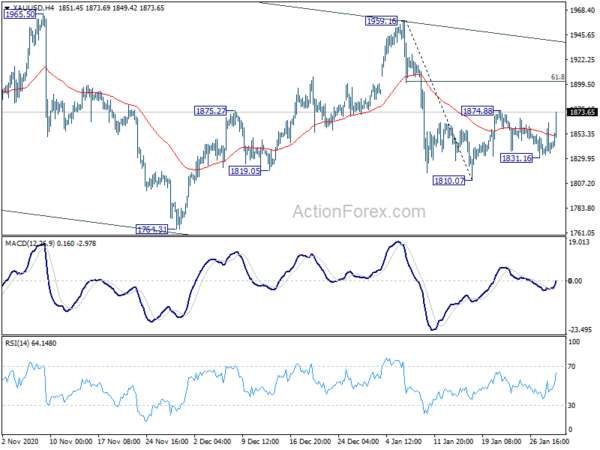 Germany GDP grew 0.1% qoq in Q4, above expectation of 0.0% qoq. DeStatis said in Q4, “the recovery process slowed due to the second coronavirus wave and another lockdown imposed at the end of the year. This affected household consumption in particular, while exports of goods and gross fixed capital formation in construction supported the economy. ” For the year 2020 as a whole, GDP dropped -5.0%.

France GDP dropped -1.3% qoq in Q4 on lockdown and curfews

France GDP contracted -1.3% qoq in Q4, better than expectation of -3.9% qoq. GDP was -5% below its level a year ago. Insee said that “the loss of activity this quarter was marked by the lockdown in effect from the end of October to mid-December and by the curfews put in place during the months of October and December”. Over the full 2020, GDP dropped -8.3%.

Swiss KOF dropped to 96.5, gloomy economic prospects at beginning of the year

Swiss KOF Economic Barometer dropped to 96.5 in January, down from 104.1, missed expectation of 101.5, and back below long-term average of 100. KOF said, “after reaching an interim pandemic high in September, COVID-​19 is now weighing more heavily on the economy again. The pandemic is causing gloomy economic prospects at the beginning of the year.”

“Responsible for the decline are in particular the indicator bundles for accommodation and food service activities as well as other services,” KOF added. “But the outlook for manufacturing, financial and insurance services and private consumer demand is also less favourable than before. The outlook for construction is stable and foreign demand could provide a stronger impulse.”

In the Summary of Opinions at BoJ’s January 20-21 meeting, it’s noted, “the impact of the reinstatement of the state of emergency for 11 prefectures… should be monitored carefully given that private consumption in these prefectures accounts for nearly 60 percent of Japan’s.”While downward pressure is “likely to be strong for the time being”, the economy is expected to “maintain its moderate improving trend”.

BoJ also noted, “this year, it is necessary to closely monitor the broad impact of political developments overseas, such as the change of government in the United States and the replacement of the Chancellor of Germany, on economic activities and financial conditions at home and abroad.”

On monetary policy, one member said, “in terms of yield curve control and purchases of assets such as exchange-traded funds (ETFs), it is crucial for the Bank to conduct them more flexibly in a prioritized manner while maintaining the current policy framework.”

Japan industrial production dropped -1.6% mom in December, below expectation of -1.5% mom. Though, on the bright side, manufacturers surveyed by the Ministry of Economy, Trade and Industry (METI) expected output to rebound 8.9% in January and decline 0.3% in February. The government also maintained that industrial production was picking up. 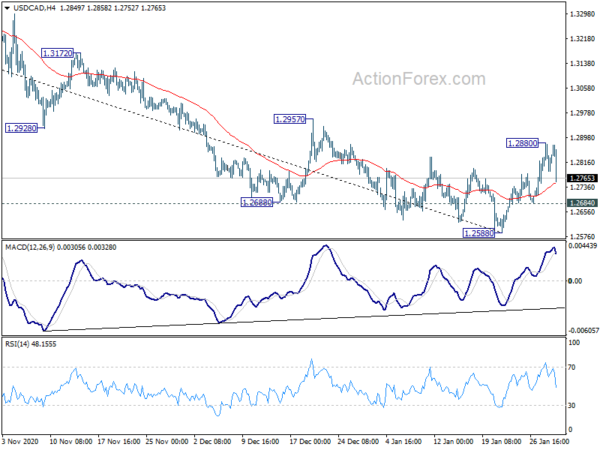 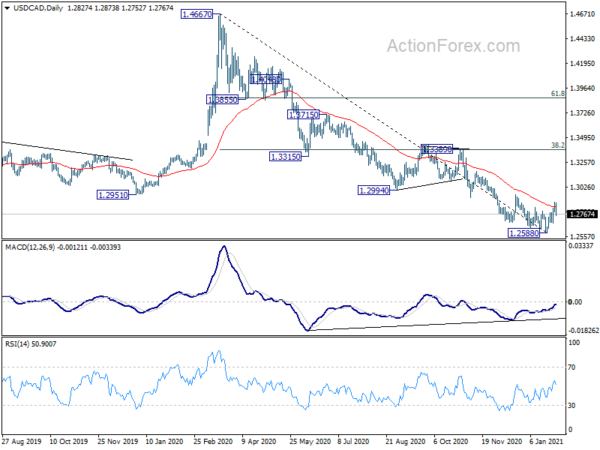