Nonetheless, focus will turn to minutes of December FOMC meeting first. Besides the discussion over the 25 bps rate hike decision made on the month, we are closely watching for the discussion of potential monetary policy changes as Trump takes office. The president-elect has been proposing pro-growth fiscal policy. We would also look for the rationale behind the more hawkish shift in the dot plot which signals 3 rate hikes in 2017. Currently, fed fund futures are pricing in around 70% chance of another rate hike by June this year.

Oil price will be another development to watch. WTI crude oil jumped to 18 month high at 55.24 but reversed since then. It’s currently trading at around 52.50 at the time of writing. WTI was initially lifted by news that Kuwait and Oman indicated that OPEC members are delivering the agreement of production cut. But it reversed as doubt re-surfaced as Libya is seen ramping up output again. The reversal in oil price was seen as a key factor in dragging down stocks yesterday.

GBP/USD recovered ahead of 1.2200 and intraday bias stays neutral. Consolidation there could extend with another rise. But overall outlook is unchanged. That is, corrective rise from 1.1946 has completed at 1.2774. Recovery from 1.2200 should be limited 1.2509 resistance and bring fall resumption. Below 1.2200 will target a test on 1.1946 low. Decisive break there will confirm larger down trend resumption. 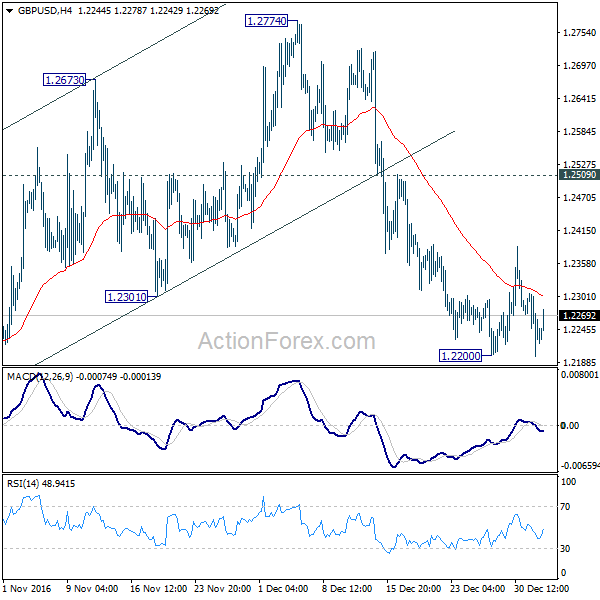 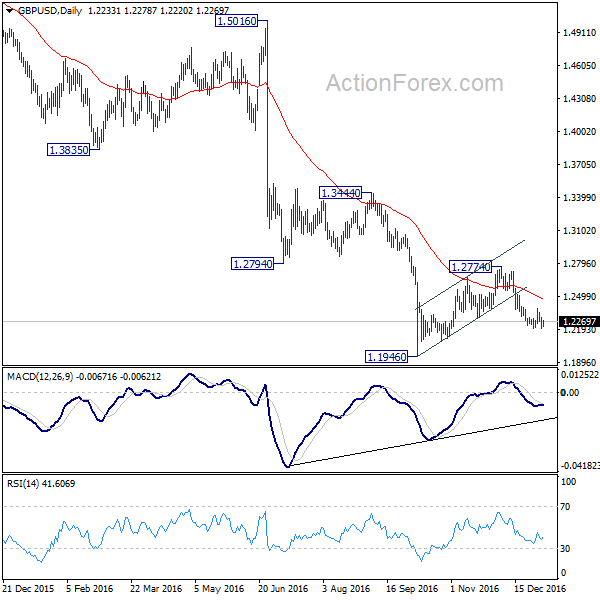