Australian Dollar strengthens mildly in Asian session today, as supported by another set of solid job data. But overall, trading in the forex markets is subdued. Dollar is taking a breather as FOMC minutes provided no special inspirations. The greenback is, nonetheless, staying as the strongest one for the week, together with Sterling. Yen, Swiss Franc and Euro are the worst performing ones. Bigger moves are seen in oil prices, with WTI resuming recent rise on supply disruptions.

Technically, the rebound in Dollar remains relatively unconvincing against Sterling, and commodity currencies. GBP/USD is holding above 1.3758 resistance turned support. AUD/USD is staying above 0.7717 minor support. USD/CAD is held below 1.2762 minor resistance. NZD/USD is also just kept at around mid-point of 0.7095/7314 range. Let’s see if there would be another round of buying to push Dollar through these levels before the weekend. 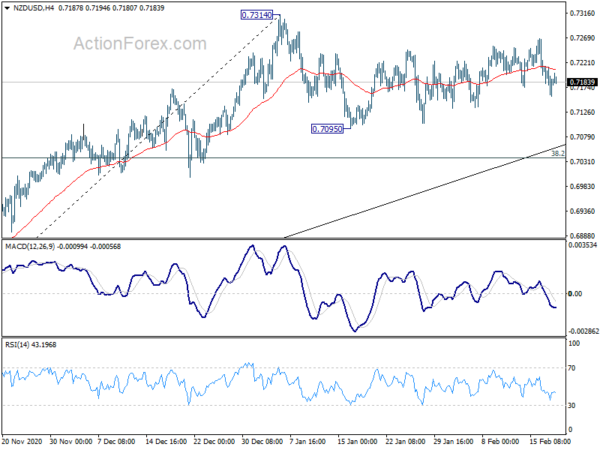 WTI crude oil extends to as high as 62.23 so far this week The unusual cold storm and deep freeze in Texas is still hampering crude output, which would extend for days or even weeks. It’s estimated that roughly 1m bpd of production is shut. 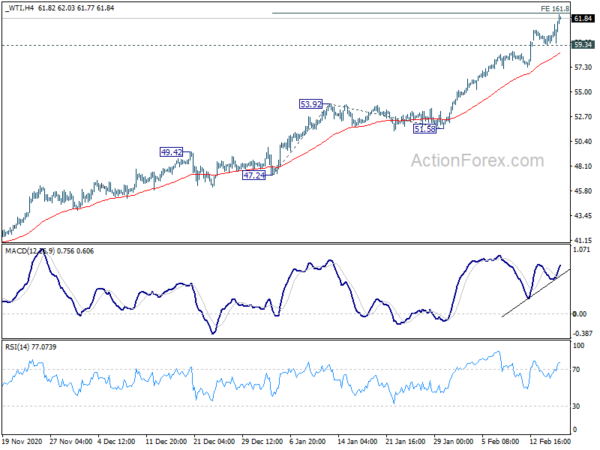 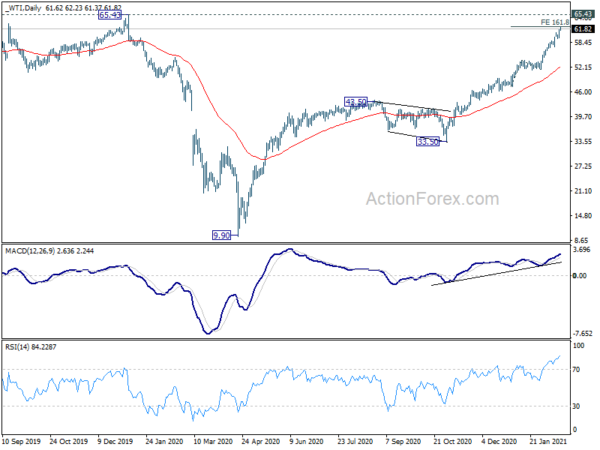 Minutes of January 26-27 FOMC meeting noted that economic projection prepared by the staff for implied a “considerably stronger outlook for activity in 2021 relative to the December forecast”, incorporating the impact of additional fiscal support. Real GDP growth would “outpace that of potential over this period, leading to a considerable further decline in the unemployment rate”.

Also, “participants remarked that the prospect of an effective vaccine program, the recently enacted fiscal support, and the potential for additional fiscal actions had led them to judge that the medium-term outlook had improved”.

Nevertheless, “the economy remained far from the Committee’s longer-run goals and that the path ahead remained highly uncertain”. “It was likely to take some time for substantial further progress to be achieved.”

On inflation, “many participants stressed the importance of distinguishing between such one-time changes in relative prices and changes in the underlying trend for inflation,” the minutes said. Such moves “could temporarily raise measured inflation but would be unlikely to have a lasting effect.”

BoJ Governor Haruhiko Kuroda told reporters today that Japan’s exports have recovered to levels before COVID-19 struck. Output was making similar moves while consumption was picking up as a whole. However, services spending remains weak.

Kuroda also Prime Minister Yoshihide Suga today, and “explained how the global economy was picking up, and how the BOJ needed to conduct the review to continue its ultra-loose monetary policy.” He said that Suga didn’t comment on the review, and there was no discussion regarding the Tokyo Olympic games. 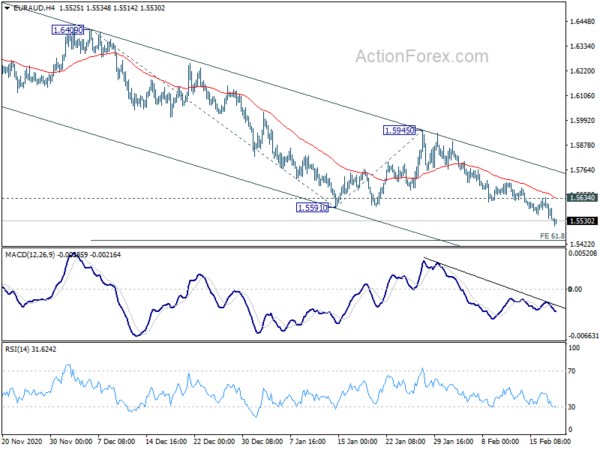 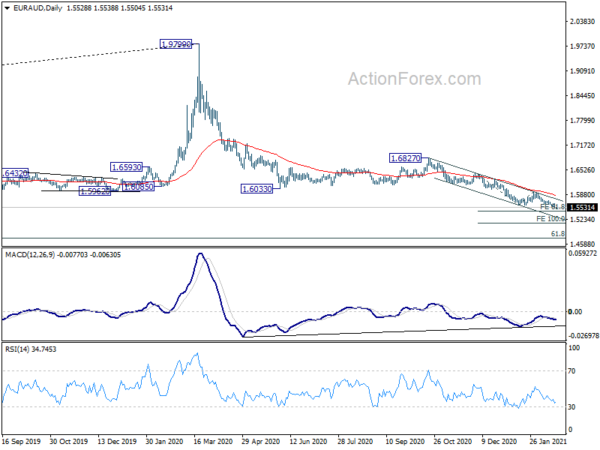