Euro and Swiss Franc are currently the strongest ones for the week, but overall markets are relatively mixed. The rise in Euro owes a large part to Sterling’s pull back, as well as Dollar’s weakness for now. While overall risk sentiments are positive, there is no clear strength in commodity currencies. Yen is not soft neither. A focus is now on FOMC minutes, but they would likely just repeat the message that inflation this year is transitory. Also, recent rise in yields is just reflecting improving outlook. Yet, Fed’s ultra loose monetary policy is here to stay for a long time. 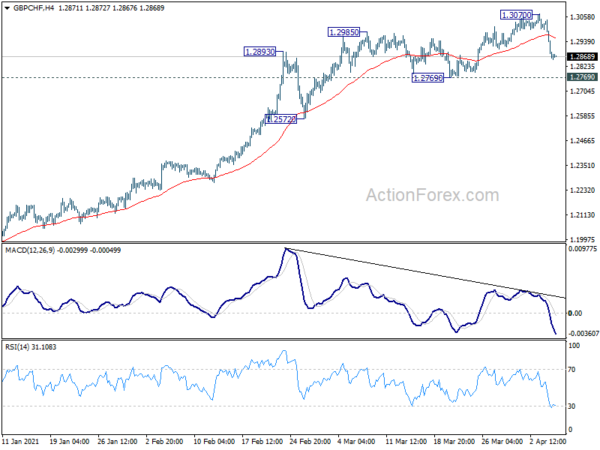 Euro turning around, a look at EUR/CAD, EUR/GBP and EUR/USD

Euro seems to building up the technical conditions for a broad-based, sustainable rebound. EUR/USD, EUR/GBP and EUR/CAD had reversed most of the losses of last two weeks, after rather brief downside breakouts. Attention would now be on whether these pairs could break through some near term resistance levels to confirm the turnaround. 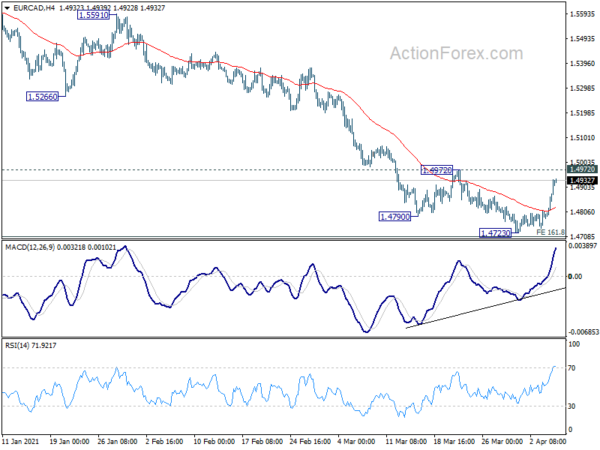 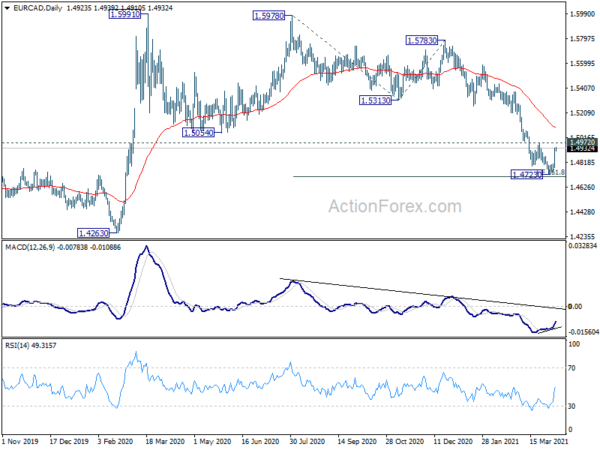 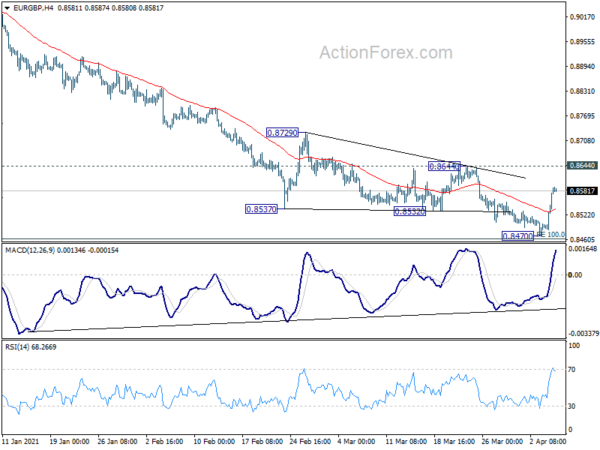 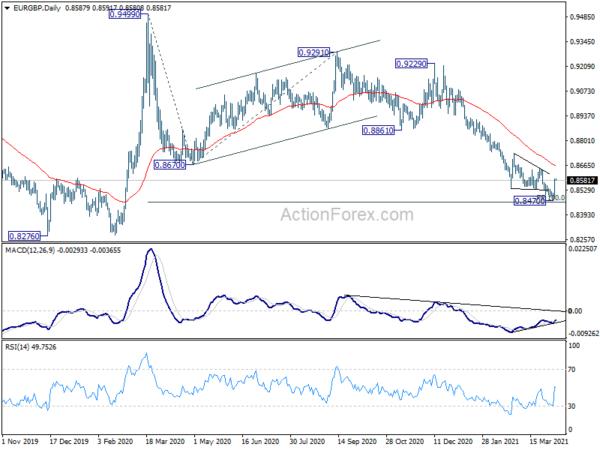 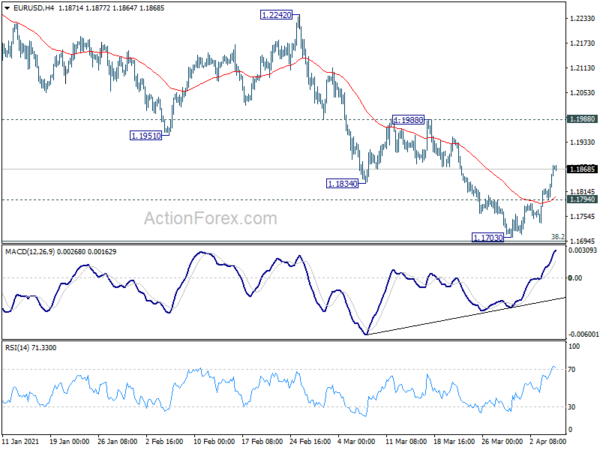 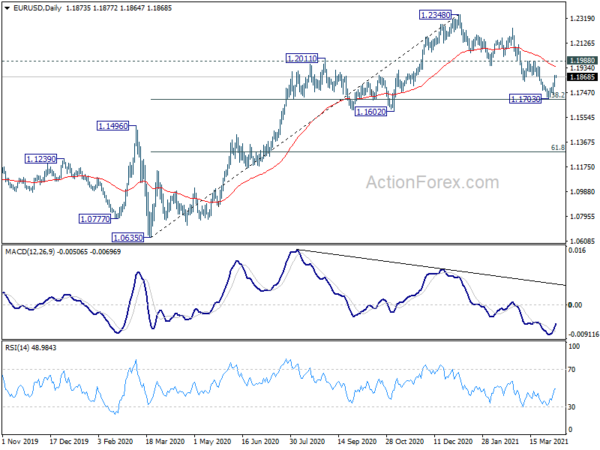 ECB Governing Council member Pierre Wunsch said monetary stimulus is “never a piece of cake”. He added, “I can’t promise that when we can start discussing an exit — and I hope we can within a reasonable time frame — that it’s going to be completely smooth.”

Wunsch also said EU’s combination of national and combined fiscal measures has been “appropriate”. Fiscal support is “much more focused than in the U.S. We’ve taken timely, temporary and targeted measures,” he said. “We have automatic stabilizers in Europe that they don’t have in the U.S. So in a way our fiscal response was more efficient.”

HIA Economist, Angela Lillicrap, said: “Activity is being driven to new heights by a combination of the HomeBuilder program, record low interest rates and shifts in population away from apartments and capital cities towards detached housing and regional areas. The record volume of work will see home building absorb workers from across the economy in 2021 and into 2022. The outlook for multi-units, unfortunately, will remain poor in the absence of overseas migrants, students and tourists.” 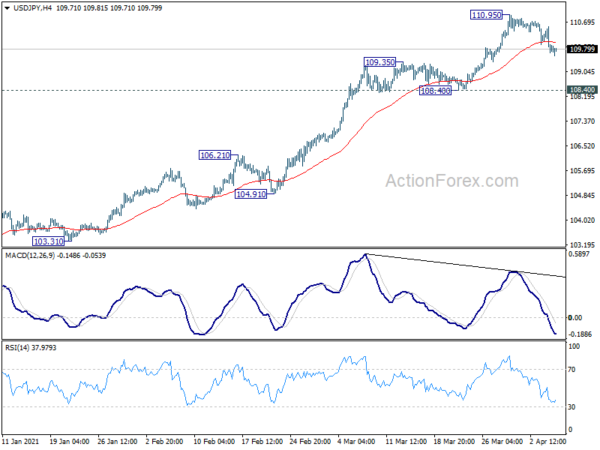 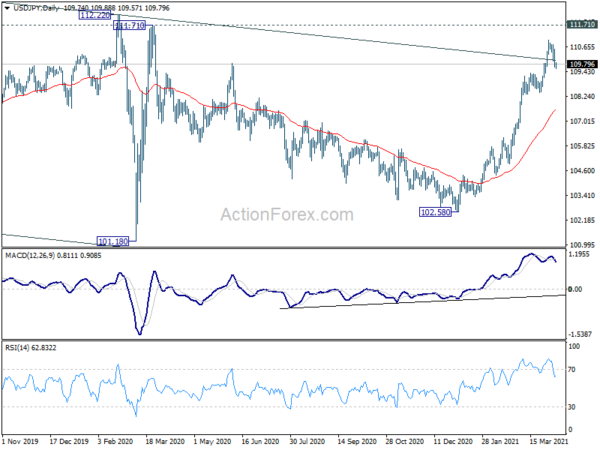