While DOW hit new intraday record high overnight, positive sentiment was not carried forward to Asia. Instead, stocks tumbled as the troubled China’s property giant Evergrande failed to close the sale of the controlling stake in its property management business. The company could official go into default next Monday. Yen and Dollar are both recovering mildly while commodity currencies retreat. But overall, there is no change in the near term trend yet. Dollar and Yen remain the worst performing ones for the week while Kiwi and Aussie are the strongest.

Technically, we’d continue to focus on 113.87 minor support in USD/JPY. Break there will indicate short term topping, after just missing 114.71 fibonacci projection level. USD/JPY would then turn into a near term corrective fall. At the same time, break of 156.58 minor support in GBP/JPY and 132.13 support in EUR/JPY would confirm that the selloff in Yen is over for the near term, and some consolidations would be in Yen crosses in general. 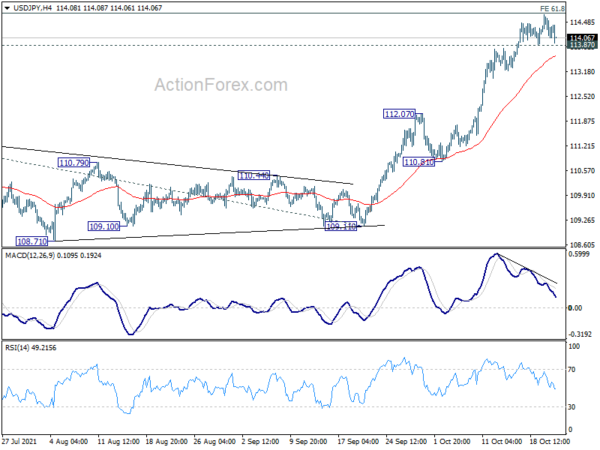 Fed Quarles quite wary of further increases in inflation expectations

Fed Governor Randal Quarles said in a speech, “we have met the test of substantial further progress toward both our employment and our inflation mandates”. He would “support a decision at our November meeting to start reducing these purchases and complete that process by the middle of next year”.

He said Fed is not behind the curve on inflation, for three reasons: “Most of the biggest drivers of the very high current inflation rates will ease in coming quarters, some measures of underlying inflation pressures are less worrisome, and longer-term inflation expectations are anchored, at least for now”.

But, “forecast for growth and uncertainty about the resolution of supply constraints mean that there are upside risks to inflation next year.. Hence, his focus is “beginning to turn more fully from the rapidly improving labor market to whether inflation begins its descent toward levels that are more consistent with our price-stability mandate.”

“I would also be quite wary of further increases in inflation expectations in this environment,” Quarles said, “if inflation does remain more than moderately above 2 percent, be assured that the FOMC has the framework and the tools to address it.

Fed Mester: Rate hikes are not coming any time soon

Cleveland Fed President Loretta Mester told CNBC “the thought about raising interest rates is not a near-term consideration at all.” Instead, “we’re going to think about the decision coming up, which is about the asset purchases, and then as those wind down we’ll have time to assess where the economy is.”

“I don’t think that interest rate hikes are coming any time soon because I don’t think we’ll reach our goals which are maximum employment and inflation at and above 2% for some time,” Mester said. 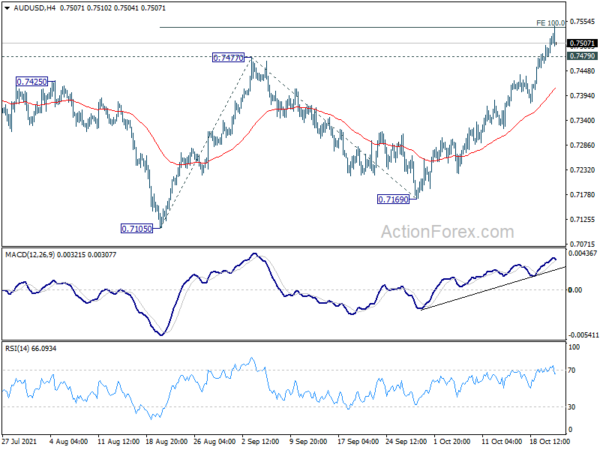 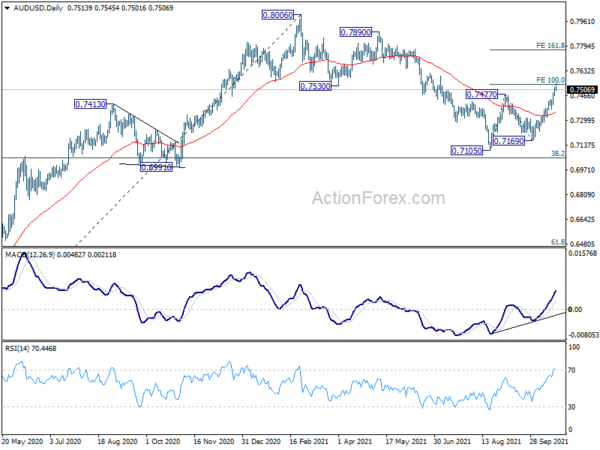