Markets are generally in consolidative mode today. Dollar turns weaker against Swiss Franc and Yen despite better than expected jobless claims data. But the greenback is just range bound against other major currencies. Commodity currencies are digesting near term gains but losses are so far very limited. Euro is trading sideway against Sterling but weakens notably against Swiss Franc.

Technically, firstly, we’d continue to monitor if USD/JPY would break through 113.87 minor support firmly to start a near term pull back. That could be followed by break of 132.13 minor support in EUR/JPY and 156.58 minor support in GBP/JPY to confirm Yen’s general rebound. Secondly, we’d also see if EUR/CHF is breaking through 1.0678 temporary low to resume recent fall, and, whether EUR/GBP would follow through 0.8420 temporary low too. 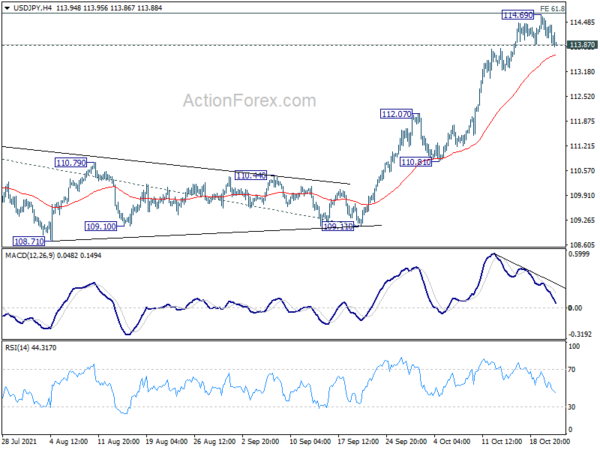 US initial jobless claims dropped to 290k, continued to trend down

In the October Philadelphia Fed Manufacturing Business Outlook Survey, the diffusion index for current general activity dropped to 23.8, down from 30.7, below expectation of 26.0.

USD/CHF’s fall from 0.9367 resumes by breaking 0.9183 temporary low. Intraday bias is back on the downside for 0.9162 support. Considering bearish divergence condition in daily MACD, firm break of 0.9162 support will argue that whole rise from 0.8925 has completed Deeper decline would be seen to 0.9017 support next. On the upside, break of 0.9251 minor resistance will turn bias back to the upside for retesting 0.9367 instead. 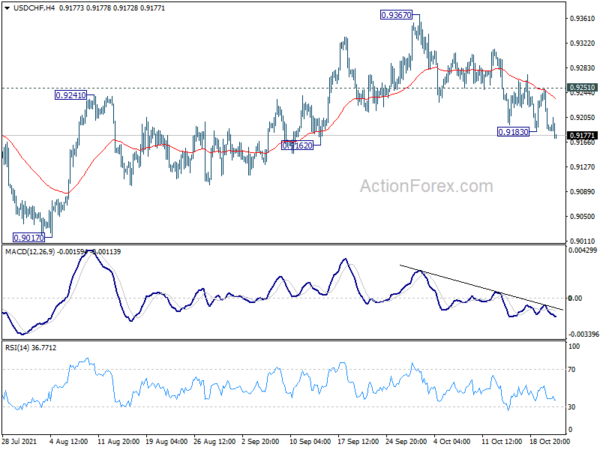 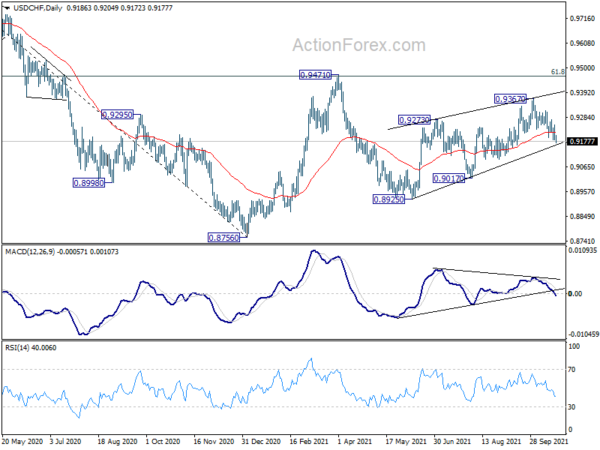