Selloff in Yen continued as DOW was pushed to new record by risk-on sentiment, while US benchmark treasury yield also jumped. Dollar is also under some pressure together with Canadian and Euro. On the other hand, Sterling continues to be the outperformer, leading Aussie in the race. With easing fear on Omicron, the markets look set to end the year on a high note. 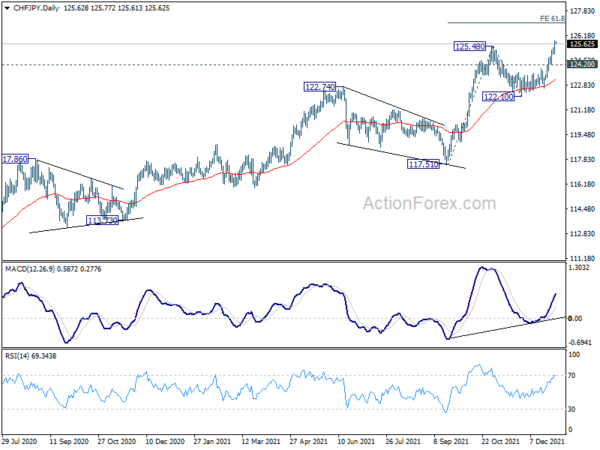 DOW finally caught up the S&P 500 and notched a new record close at 36488.63 overnight. Market sentiments remained positive despite record surge in daily Omicron cases. Investors are relieved by more and more evidence that Omicron is less severe than Delta. 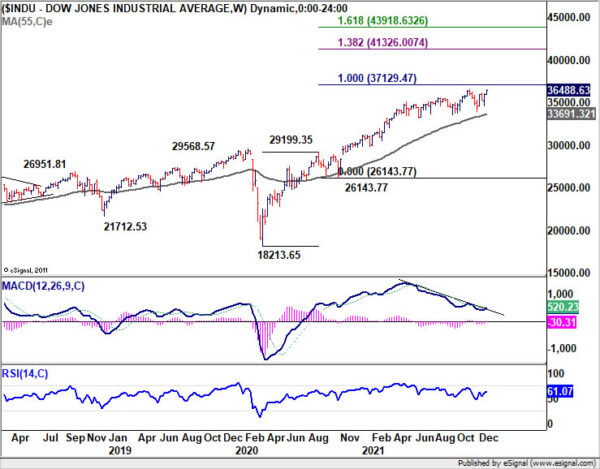 US 10-year yield jumped notably and closed up 0.062 at 1.543. With a strong break above 55 day EMA, it’s starting to suggest that consolidation pattern from 1.765 has completed with three waves to 1.343 already. TNX has also drew solid support from 55 week EMA again, keeping medium term bullishness well in place.

The focus could quickly be on 1.693 resistance when we come back from new year holiday. Firm break there should push TNX through 1.765 resistance to resume the up trend from 0.398. If this happens, we could easily see 10-year yield back at 2% level and above. 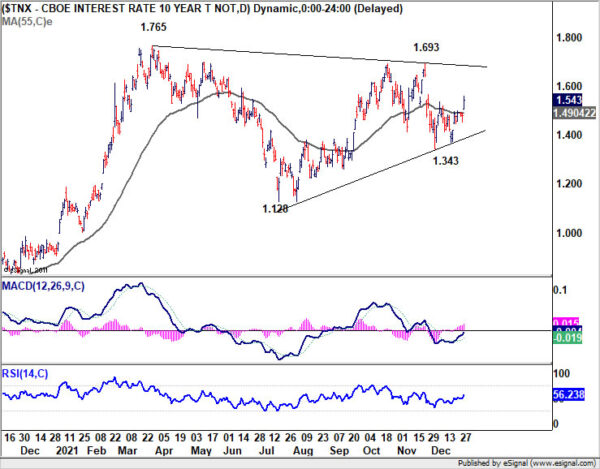 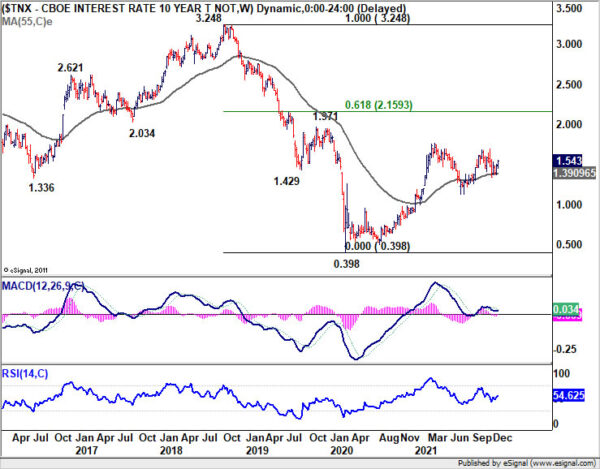 Swiss KOF economic barometer is a feature in European session. US will release jobless claims and Chicago PMI.

Intraday bias in USD/JPY remains on the upside at this point. Rise from 112.52 should target a test on 115.51 high first. Firm break there will resume larger up trend to 118.65 long term resistance next. On the downside, however, break of 114.30 will turn bias to the downside, and extend the corrective pattern from 115.51 with another falling leg back to 112.52 support. 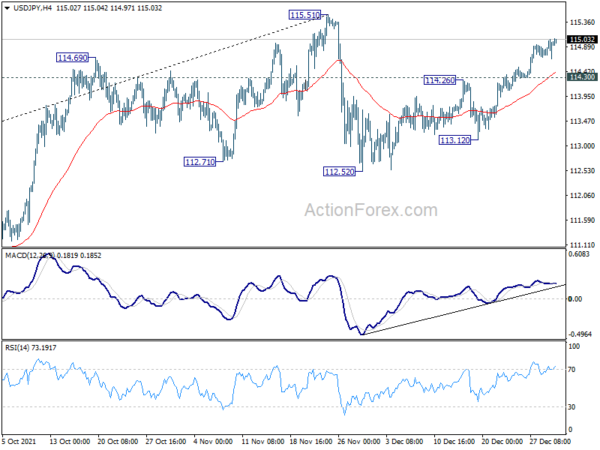 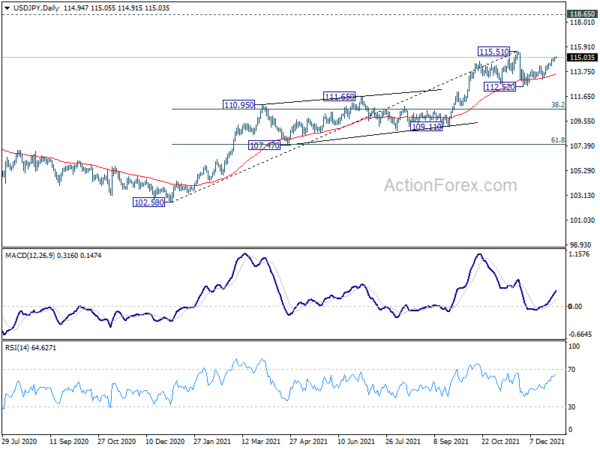